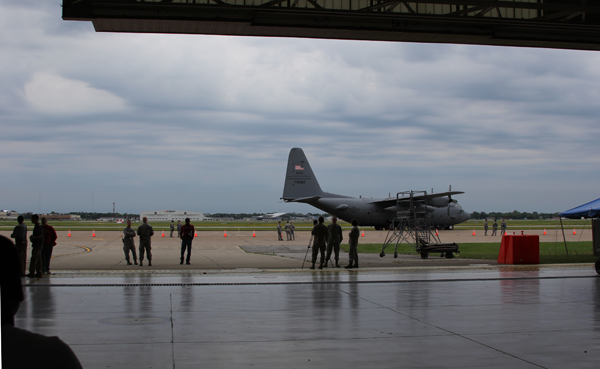 Ortt, flanked by local and county officials, said the $500,000 would help retain the base while expanding emergency services across Western New York.

"As elected officials, we need coordinated efforts at the local, state and federal level to ensure NFARS remains a vital center of military, commercial and emergency services for our region," he said. "By focusing on the emergency management component, we're strengthening not only the base, but community safety, as well. These public-private partnerships - with collaboration at the local, county, state and federal level - (are) key to the base's future."

Ortt worked with state and federal representatives to ensure NFARS remained a priority this year. Officials noted the funds will ultimately help enhance the base's strategic value within the Department of Defense and its economic importance to Western New York. They said they hope to expand operations for crews - including local, state and federal law enforcement agencies, volunteer firefighters and other first responders, as well as Niagara County Emergency Services and Mercy Flight WNY - to utilize the base's hangers for emergency services purposes.

Ort called the $500,000 "seed money" for the first phase of the center, which could house training and supply sites, helicopter hangar space, local headquarters and more for a number of emergency-management-related organizations.

He said the nearest facility of the kind is more than 90 miles away and the center's presence at the base could help keep the station off the Base Realignment and Closure list, on which it's appeared in 1995 and 2005.

"We need to do what we can to fortify the air base, and keep it here for many years to come," Ortt said, adding that the more the base is part of the community around it, the more viable it is.

Rep. Chris Collins also stressed the importance of the site.

"This helps make the base BRAC-proof," he said.

As Niagara County's largest employer, the Niagara Falls Air Reserve Station is an economic driver for the region, bringing in nearly $150 million annually. It accounts for more than 3,000 full-time and part-time personnel with an estimated annual payroll of $88 million. NFARS sits adjacent to an international border and is within the proximity of a population of 140 million. It has played a critical role in military missions abroad as well as disaster response here at home.

NIMAC member Jeff Glatz said, "This is the result of a cooperative effort with Sen. Ortt to not only preserve the base in its current capacity, but to grow the NFARS into a joint-use facility between military and civilian entities."