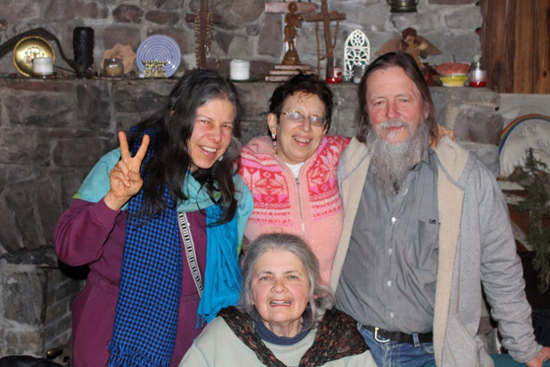 •Taken from the March 6 Island Dispatch

On April 28, 2013, Buffalonian Russell Brown covered himself with fake blood and lay down on the road, simulating a dead person, near the gates of Hancock Air National Guard Base, home of the 174th Attack Wing, just outside of Syracuse. Brown was protesting against the use of MQ-9 Reaper unmanned aerial vehicles, commonly known as "Reaper drones," which are piloted remotely at the base near Syracuse. These UAVs are armed with Hellfire missiles, which are fired at targets in such countries as Afghanistan, Pakistan, and Yemen. The military refers to these UAVs as remotely piloted aircraft, as there is someone in a location distant from the UAV itself piloting the vehicle. These UAVs, opponents charge, frequently miss their targets and kill unarmed civilians.

"For every two high-value targets, 28 innocent people are killed," Brown said. Shortly after lying down on the road, Brown was arrested. On July 31, 2014, Brown went to trial on charges of obstructing governmental administration and disorderly conduct in the town court in DeWitt, New York.

Brown, who defended himself in court, said that a prosecution witness insisted that he had "jumped in front of a police car," despite video evidence to the contrary. Brown was acquitted by a six-person jury. A juror told him, "We were just following the law. It was no problem."

Protests at Hancock have been ongoing since 2010, when the F-16s formerly flown from the base were phased out and the base's mission changed to the operation of the UAVs.

On Feb. 22, at Riverside-Salem United Church of Christ/Disciples of Christ Environmental Cottage, 3449 West River Road, Brown shared the story of his journey, which started in Long Island in 1965.

Brown was working as a landscaper and as a custodian at the State University of New York at Stony Brook. He said that he and a friend, Charlie, had a chance encounter with two Marines who were returning from Camp Lejeune in Jacksonville, North Carolina, which resulted in both of them joining the Marine Corps under the "buddy system." According to that system, if you bring a friend with you when you join the Marines, you each serve two years active duty. Both young men became riflemen and were sent to Vietnam. They did not, however, serve together. According to Brown, Charlie suffered a shoulder injury a month after arriving in Vietnam and was sent back to the United States. Brown described his own experiences in Vietnam.

"You go out on ambushes at night," Brown said. "The whole squad is in a line, with a machine gun in the middle. In gun battles, the enemy fires from tree lines. You try to put down more rounds than are coming to you. "

Because of the large amount of firing, "a lot of innocent people got shot," Brown said. He explained that the soldiers "thought that they were shooting people who shot at them." He talked about finding dead women and children, including a five-year-old boy.

Brown was shot in the neck during an ambush. "I thought that the back of my head was blown away." It took 15 long minutes before Brown received medical attention. After Brown was treated, he went to a village with other Marines and with South Vietnamese troops. "It was very pleasant. We went on patrols, and we carried no heavy equipment. We threw concussion grenades in the water. The fish came up, and the kids collected the fish." He also spent a week of rest and relaxation in Hong Kong.

By 1967, Brown was out of the Marines. Two years later, he joined Vietnam Veterans against the War. Brown said that, years later, his partner Cat recognized that he was suffering from post-traumatic stress disorder.

In 2002, the United States was preparing to go to war against Afghanistan, which caused Brown to feel anxiety. "I was very stressed out. I was working the graveyard shift in the post office. One night, I was seeing double. I tried to go outside but never made it." Brown had suffered a stroke. After being taken to the Buffalo Veterans Administration Medical Center, Brown learned that he had a congenital hole in his heart. In addition, his blood pressure was very high. After recovering from his stroke, Brown worked at lowering his blood pressure by walking three miles quickly every day, he explained.

One of the reasons that Brown chose to protest against UAVs is that "drone pilots get post- traumatic stress disorder. They hunt and kill people by day and then, in the evening, they go home to their families," Brown said.

Brown talked about the plans for the 107th Airlift Wing of the Niagara Falls Air Reserve Station's mission to change from C-130 planes to MQ-9 Reaper UAVs.

"The tactic," Brown charges, "is not to kill the enemy but to make people afraid of us. Kids worry that they are next to be shot." Protests are held every second and fourth Thursday at the base, Brown said. "We are there to remind people what it's about."