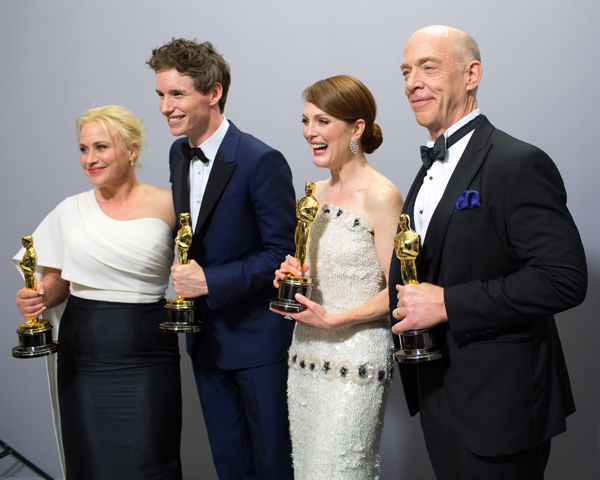 "Birdman or (The Unexpected Virtue of Ignorance)" took Best Picture at the 87th Academy Awards. The film stars Michael Keaton as what IMDb describes as a "washed-up actor who once played an iconic superhero" fighting to reclaim his family, himself and, with a Broadway play on the horizon, his once-promising career.

"Boyhood," a film in which director Richard Linklater chronicles the life of Mason (actor Ellar Coltrane) from age 5-18, was the early frontrunner. It was shot over the course of 12 years. 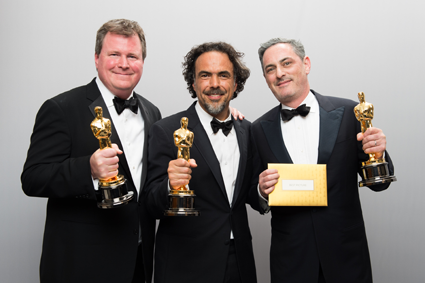 Academy Awards: Pictured, from left: James W. Skotchdopole, Alejandro G. Iñárritu and John Lesher pose backstage with the Oscar for Best Motion Picture of the Year. They won for "Birdman or (The Unexpected Virtue of Ignorance)." (Photo by Todd Wawrychuk/©A.M.P.A.S.

Actor in a Leading Role

Actress in a Leading Role

Actor in a Supporting Role

Actress in a Supporting Role