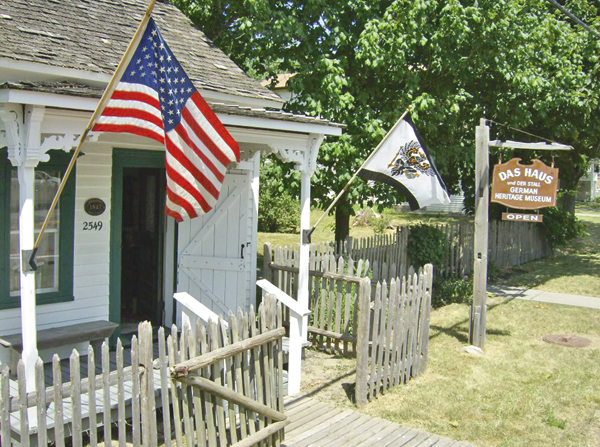 "We're of course thrilled to receive any recognition," said John Schultz, president of the Historical Society of North German Settlers, which runs the museum. "(For) a lot of our work, it's nice to see it recognized."

He added that many German-Americans across the country trace their roots to the areas around the Erie Canal, including Bergholz.

"We get a lot of people who are exploring their roots all across the country," Schultz said. "They'll email us to do some research for them occasionally."

Some upcoming events for the historical society include a March 17 meeting about Eastern European Easter egg decorating, held at 7 p.m. in the Wheatfield Community Center, 2790 Church Road; an April 16 meeting with a pastor who will discuss his trip to Germany; and a September meeting with a representative of the Holland Land Office.

The historical society also plans to reconstruct another building from the 1800s on the museum property this summer.