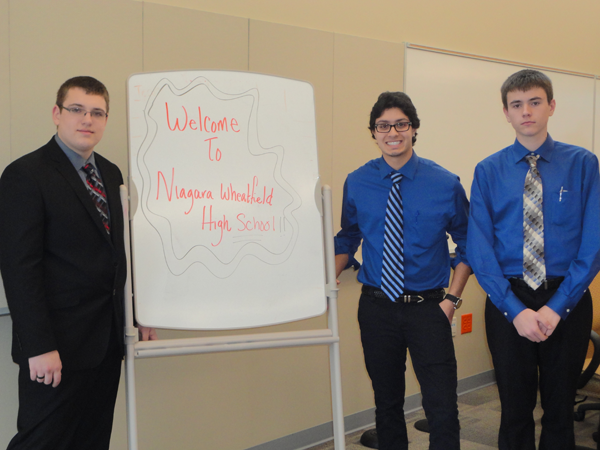 Porter said the idea came about to show students the options they could pursue after graduation. Representatives from colleges, universities, trade schools and unions and the military tabled at the event.

"We wanted an opportunity for students to choose their career paths, but have options that weren't just universities," Porter said.

Zwelling said, "Some of them kept saying, 'I don't want to go to college,' ...and, 'what else is there?' And we were always saying, 'Well, there's unions and there's trades' ... and they didn't really ever have the opportunity to talk to anyone like that."

"(Angela) said, 'What if we brought it all here? That way it would be beneficial for our kids as well as the community,' " she added.

Though Porter and Zwelling came up with the idea, they said the students were ultimately responsible for bringing it to life. Work on the fair began in September, with different students tackling different responsibilities.

"It was a lot of work; it was a little stressful at first," Cancilla said. "But that's how all big projects are, you don't know if you're going to get to the deadline or not. But it obviously turned out much better than expected."

Both the teachers and students were pleased with the results, with Zwelling noting that, at one point, the room was so full you could barely move.

"I think it was a great turnout," Mietlicki said. "I think it helped a lot of kids that were unsure."

One of those students, senior Zack Sansano, said he hadn't decided what to do after school, but he appreciated the chance to see the possibilities.

"It's a good place to see what's out there and help narrow down your choices a little bit," Sansano said. "I'd rather come here and see what my options are than just graduate and have no idea where to go."

The class that organized the fair was also able to make use of it.

"I actually went to a lot of these colleges' (tables) myself and spoke to each one of them, and talked to them about their college or their business and how things go," Padin said. "I'm actually very interested in a lot of them."

Cancilla added that although he applied to schools last month, the fair gave him a chance to follow up with some of them.

The Career Fair was open to all high school students, including underclassmen, so they could "see what's out there, so that they can work towards a goal," Porter said.

She said they hope to make the Career Fair an annual event. Cancilla said he expected the class would meet to discuss how to make the next one even better.

Overall, the general response to the fair was a positive one.

"I think a lot of people's lives will be changed today, for the better," Porter said. 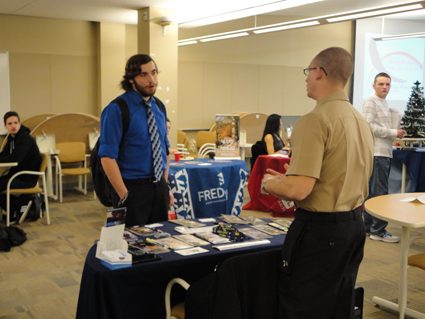 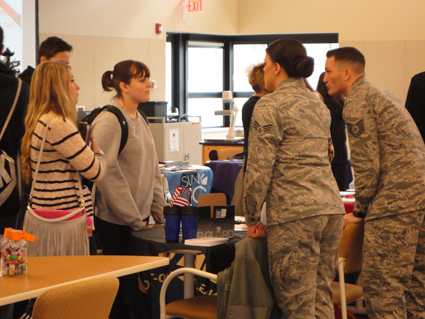