Rozumalski is currently enjoying her senior year at Niagara-Wheatfield High School, where she is also an All-Conference swimmer. In addition, she is an honor student and a member of the National Honor Society, as well as the Concert Choir and the Vocal Jazz Ensemble.

Rozumalski is the daughter of Sheila Tumulty of Lockport and William Rozumalski of Wheatfield. Rozumalski currently resides in Wheatfield with her father, her stepmother Susan and her stepsister Christine Meyers. 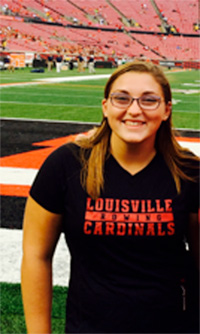