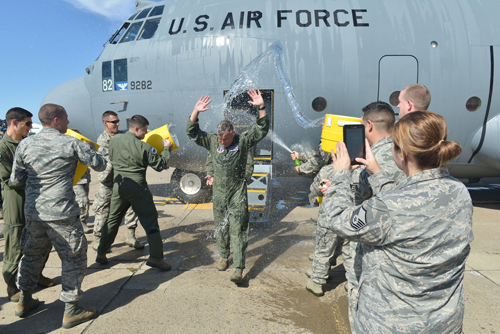 "It's bittersweet, because it's the last time they'll actually be flying in it," said Senior Master Sgt. Raymond Lloyd.

Lloyd said the new unit would likely not be operational until 2017. In the meantime, the wing's pilots and operators are going to school and its operational center will be built. (U.S. Air National Guard photo by Staff Sgt. Ryan Campbell)