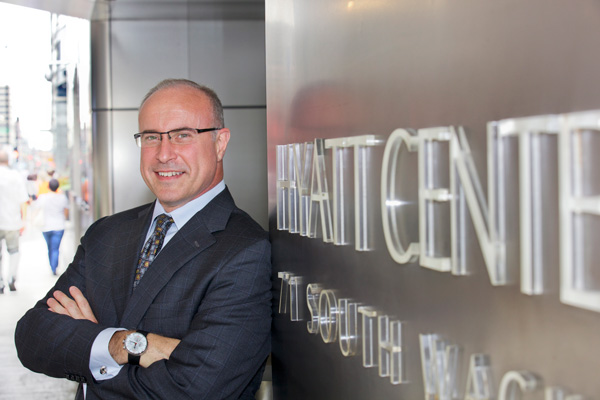 Sorge's rise within the Hyatt Regency began more than 25 years ago. His promotion from a front desk agent to a sales manager in Greenwich, Connecticut, led him to move to Rochester as a pre-opening sales manager. Sorge's achievements in production and sales allowed his career to transition to the director of sales and marketing for Hyatt Regency, taking him to several markets around the U.S. (including New Orleans, Pittsburgh and Boston). Today, Sorge resides in Chicago and is employed as the regional vice president of sales and marketing for Full Service Franchise Hotels, where he oversees a multitude of Hyatt franchises throughout the U.S. and Canada.

Sorge has given back to Western New York through Club Ice, a charitable event he founded. This event raised more than $125,000 each year it was held for the Doug Flutie Jr. Foundation for Autism, and the Ellie Fund, which supports breast cancer patients and their families.

He also is a founder of HyPride, a group that focuses on developing and fostering Hyatt's diversity initiatives through employee chapters across the country.

The NCCC Foundation has awarded more than $2 million in scholarships to deserving students since its inception in 1987. Tickets for the gala are $125 per person and are available by calling the NCCC Foundation office at 716-614-5910 or online at www.niagaracc.suny.edu/foundation.