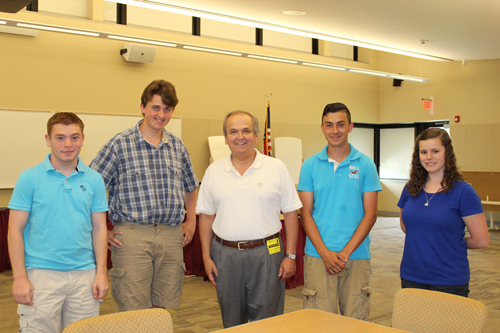 A group of students at Niagara-Wheatfield High School have had a lot of questions about why more funding can't be obtained for their district.

"We have a lot of people getting hurt here between programs getting cut and staff being laid off and we just want to know why," said junior Andrew Zuccari.

State Sen. George Maziarz recently stopped by the high school to talk with Zuccari and several of his schoolmates about the state of New York education and what government is trying to do to rectify the growing costs. The students spent more than an hour with the senator and were able to learn more about what was being done to help schools and what the future of education may look like.

Zuccari said he is feels good about the meeting and is confident he has an idea of the bigger picture now. "I think it is great that Sen. Maziarz took the time to see us, and now I have some answers for people when they approach me about our schools."