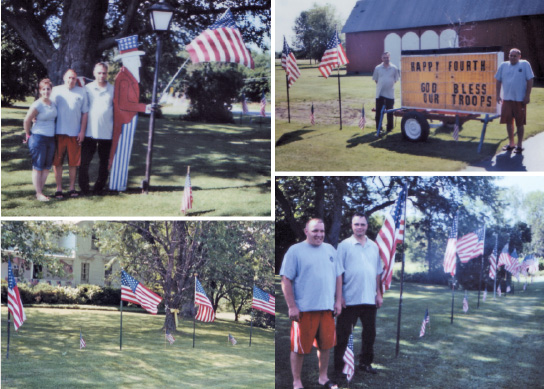 More than 100 flags of various sizes are part of the annual Fourth of July display at the home of Paul Greinert, 6962 Errick Road, Wheatfield.

"Once a year the display is put here on three acres to honor so many that sacrificed for all of us," Greinert said of the tradition that honors both the flag and U.S. troops. Also featured are three marching Uncle Sams at the barn and lighted patriotic spinners.