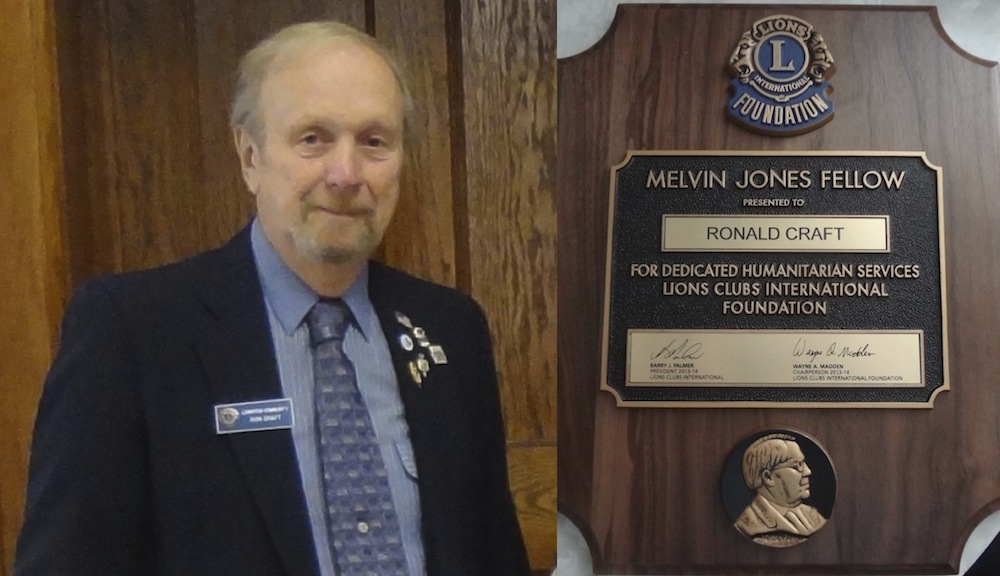 Craft, pictured with the award, was nominated by his peers. The award is presented to a Lion for humanitarian service, which has had a positive affect in his community and across the globe.

In 2009, Craft earned the Robert J. Uplinger Award while chartering the club. Lewiston's sponsoring club, the Wilson Lions, gave the award to him. He earned recognition for his efforts in helping to enroll members, which in turn helped the club to charter and become a viable help to the community and individuals around the world.

Since the club's chartering, Craft has served as its vice president and president twice. For five years, he has served as membership chair, webmaster and fundraising chair.

One of his most enjoyable fundraising accomplishments was producing a website, www.allabouthistoriclewistonny.com, which is meant to increase patronage of his fellow Lewiston entrepreneurs' businesses. The site has raised more than $4,500 since its inception.