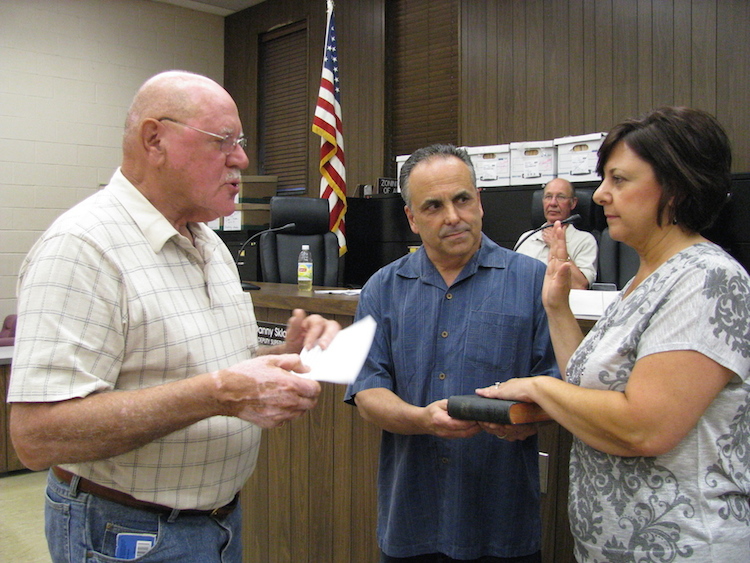 Town of Niagara Town Clerk Sylvia Virtuoso was unanimously chosen Wednesday by the Town Board to be deputy supervisor and oversee town business in the absence of Supervisor Steve Richards. Richards resigned earlier this month as part of a plea deal with the state attorney general in a case alleging he had used town supplies and workers for his personal gain.

Virtuoso, who is in her 15th year as town clerk, is shown at right being sworn in by Town Justice John P. Teixeira, while her husband, Guido, holds the Bible. In the background is Councilman Danny Sklarski, who stepped down as deputy supervisor to allow a new supervisor to choose his own deputy.

Originally, the board was talking about appointing a new supervisor to serve until Dec. 31. A public election will be held in November for a supervisor to fill the remaining year of Richard's term. (photo by Susan Mikula Campbell)