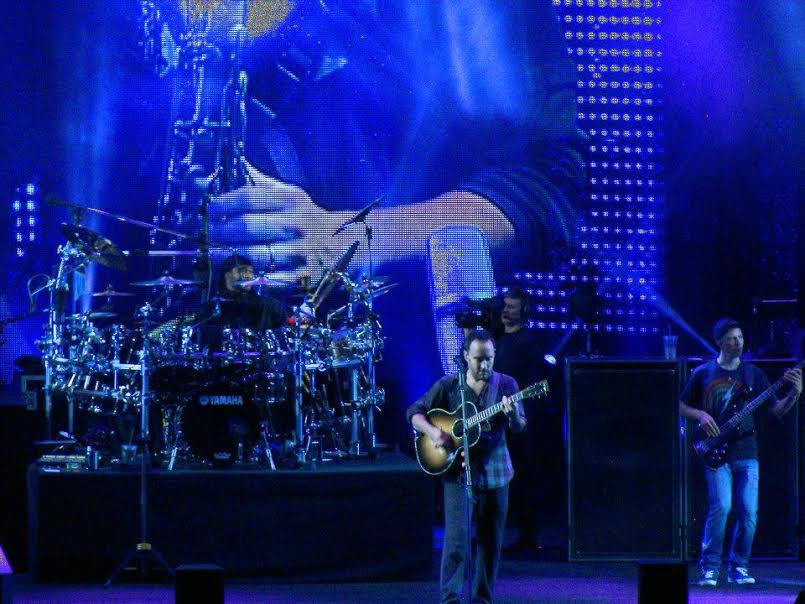 It is a rarity when a musical artist and venue have the perfect chemistry to mesh together. When it does happen, it is a magical thing. Upstate New York is lucky enough to have one such artist-venue combination, which perennially excites thousands.

Since 1994, Dave Matthews Band has played 31 shows at Saratoga Performing Arts Center in Saratoga Springs. In fact, the band has played two shows per year at SPAC every year since 2001, with the exception of 2011, when the band didn't go on tour at all.

Dave Matthews Band will add two more shows to their SPAC total, when they revisit the venue May 30 and 31.

Dave Matthews Band at SPAC has become more symbolic of the start of summer than anything else for people in New York's capital region. The closest parallel that can be drawn is the symbolic start of winter after the first snowfall. That is how big a deal Dave Matthews Band shows are at SPAC.

Why is this annual event such a big deal for fans?

"Each time you go to a Dave show, it is a completely different show and experience," said Kelsey Celeste, a fan from the area. "They are always changing the setlists and solos."

Other fans noted the creativity and willingness to "mix it up" the band shows when it performs at SPAC.

"You can tell that they really enjoy playing for the crowd and aren't just going through the motions." Will Mesinger said. "Plus, they usually play a decent mix of new and old songs on their summer tours."

"It is one of Dave's and the entire band's favorite places to perform, and they're always trying new things there," Will Celeste said of the band's passion for this venue.

The fans clearly have a passion for the band and feel a connection - to the point of being on a first name basis with members of the band.

This passion covers one half of the story, but why does a band from Charlottesville, Va., have such admiration for a venue and fan base located about 500 miles north, in a small town near New York's Adirondacks?

The answer lies in a documentary made by "44 Pictures," titled "Hello Again," which is named after one of the band's songs. In part two of the documentary, members of the band explain why they love SPAC so much.

"It is a great place; we always enjoy it here," said Rashawn Ross, the trumpet player. "I just think we're comfortable here; creatively there is just so much to draw from."

Lead singer, Dave Matthews stated, "The water running through it, and the trees, it is a beautiful place to be."

Matthews added, "There's some special shows that have happened for us here."

Outside of the natural beauty the others spoke of, drummer Carter Beauford elaborated on the technical side of SPAC. "That building offers a lot acoustically. When your instruments are sounding good to you, you want to play harder and better."

No matter how much someone may read or watch about the experience of seeing Dave Matthews Band at SPAC, the only way to truly understand the atmosphere is to witness it in person.