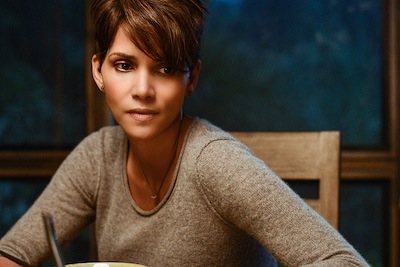 "Extant": CBS's new summer series "Extant" is a mystery thriller starring Academy Award-winner Halle Berry as Molly Woods, a female astronaut trying to reconnect with her family after returning from a year in outer space. Her mystifying experiences in space lead to events that will ultimately change the course of human history. "Extant" premieres Wednesday, July 9 (9 p.m.). (CBS photo by Dale Robinette)

Ever since the 1950s, television has become a staple in American households. Like all things in this ever-changing world, television - the way we watch it and what we watch - is always changing.

The way the television season works is now beginning to change with a surplus of different shows debuting year-round. Shows used to premiere in the early fall, continuing through the winter, and ending in mid-spring. Of course, there would be small hiatuses around the holidays, and reruns throughout the summer, but that was that. Now, TV series are premiering in the summer, creating another season of shows.

Last summer, "Under the Dome" premiered on CBS. It ran from June 24 through Sept. 16. The series premiere received 13.5 million viewers, and the season finale received 12.1 million viewers. The pilot episode became CBS's highest-rated summer premiere since "Big Brother" in 2000 (at a time when few shows aired in the summer). The show has since been picked up for a second season, which will begin June 30.

"Under the Dome" is a science fiction drama based on the Stephen King novel of the same name. It tells the story of residents in Chester's Mill, a small town in Maine. There, a transparent and indestructible dome suddenly cuts residents off from the rest of the world. With no modern day resources, the residents are forced to find their own ways to survive. On the other side of the dome, military forces, the media and government try to break it down.

The show was originally developed to air on Showtime, but the cable network's entertainment president, David Nevins, said the series was not right for the network. He passed it off to his counterpart at CBS, Nina Tassler.

"This is a great novel coming to the television screen with outstanding auspices and in-season production values to create a summer programming event," Tassler said in the official CBS press release.

ABC's "Mistresses," which also premiered last summer, was ranked the No. 2 scripted drama right behind "Under the Dome." "Mistresses" averaged around 4.4 million viewers per episode, and was renewed for a second season, which will air June 2.

"Mistresses" is an American drama based on a British show of the same name that tells the story of four female friends who become involved in a series of complex and illicit relationships.

"Mistresses" did not receive a lot good reviews from critics. David Hinckley of the New York Daily News gave the premiere of the show two out of five stars.

Hinckley said, "ABC loves racy romantic dramas, but 'Mistresses' is not its best work in the genre."

What will this summer season bring? Here's a list of shows, new and returning, that will premiere and air on the major broadcast networks:

"Beauty And The Beast" (The CW, season 2B premiere)