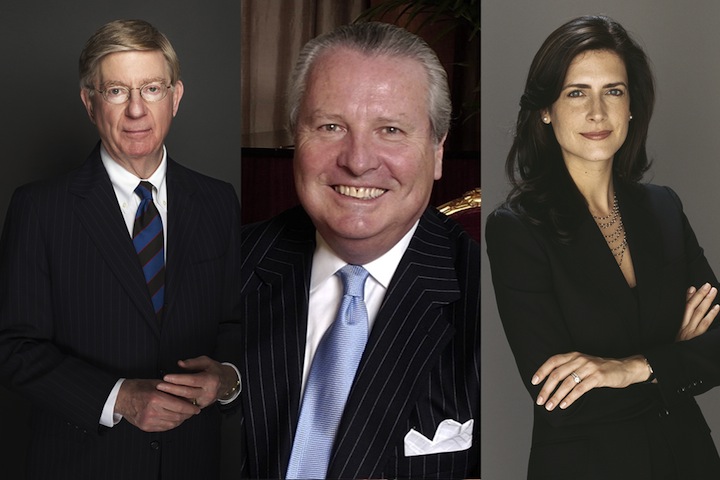 A pair of Pulitzer Prize-winning reporters and a hospitality magnate will address Niagara University graduates during commencement ceremonies taking place in the Gallagher Center May 8 and 10.

Niagara University will hold three commencement events this week - two for undergraduates - as well as a special liturgy and ROTC commissioning, all of which will take place on the upper level of the Gallagher Center. Admission will be granted to ticketed guests only.

It will be the university's first series of graduation exercises under its new president, the Rev. James J. Maher, C.M. Maher assumed the president's office in August and was inaugurated as Niagara's 26th president April 4.

George F. Will, a syndicated columnist for the The Washington Post and former contributing editor of Newsweek, will speak during NU's graduate commencement, which begins at 7 p.m. Thursday, May 8. Will won the Pulitzer Prize in 1977 for commentary in his newspaper columns. He is also well known for publishing books on political theory and baseball, as well as for his work on ABC's "This Week with George Stephanopoulos" and FOX News.

Paul M. McManus, who achieved world-class distinction in the hospitality industry with the Leading Hotels of the World after graduating from NU in 1965, will deliver the commencement address to Niagara's colleges of Business Administration and Hospitality and Tourism Management Saturday, May 10, at 10 a.m. McManus, as president and CEO of The Leading Hotels of the World, transformed the company into a prestigious luxury marketing organization representing more than 450 five-star hotels, resorts and spas worldwide. He also spearheaded the international expansion of Niagara University's hospitality and tourism management programs.

At 3 p.m. Saturday, May 10, Niagara's colleges of Arts and Sciences and Education will hear from Andrea Elliott, The New York Times' investigative reporter whose three-part series, "An Imam in America," was awarded the 2007 Pulitzer Prize. Elliott's other notable projects for The Times include "Invisible Child," a five-part series in 2013 that chronicled the life of an 11-year-old homeless girl, winning the George Polk award for local reporting and the Scripps Howard award for human interest reporting.