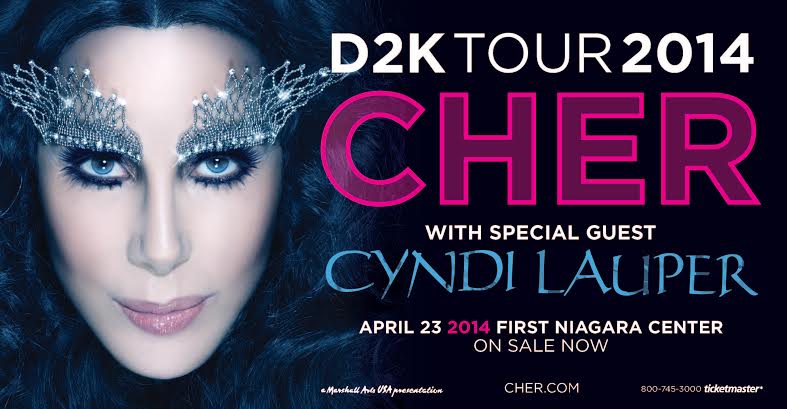 It has been an exciting couple of years for Cher fans. In 2012 Cher confirmed a new album was in the making.

Later in the year she surprised Twitter followers with confirmation of an upcoming tour. Now, March 2014, fans are finally getting what they have been waiting for.

It has been 11 years since Cher performed at her five-leg North American "Living Proof Farewell Tour" in Buffalo. Less than a month from now, the city will once again see the diva perform live at the First Niagara Center.

Cher's "Dressed to Kill" tour opened last week in Phoenix and although she expressed show malfunctions via Twitter, fans seem more than thrilled with the outcome of the show.

"I saw segments from the opening show on YouTube, and it looks to be her best yet. I can't wait to see her in Buffalo," said Cher fan Sarah Taffner of Rochester.

Cher fans in Western New York have been non-stop on social media since tickets went on sale in October 2013.

Recent reviews cast the show as the diva's best yet with old and new songs, top-of-the-line costumes and video of past years. After nearly five decades of performing, Cher swears this is her last time around.

I first saw Cher when I was 9 in 2001. Now as a young adult, I will be able to truly appreciate seeing the performance I thought ended years ago.

While wanting to see as many more shows as I can, I know I am lucky to get the opportunity to see her once again. It is a bittersweet moment, but as a fan, I anticipate that the show will be amazing.

I have always believed Cher doesn't just put on a concert, she puts on a whole show. I am ready to be in tears from beginning to end. She's dressed to kill and you know that she will.