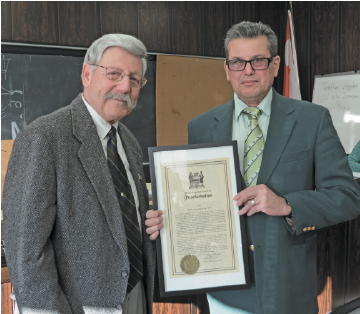 Local and regional leaders presented citations to Anthony DiMino, owner of the Lewiston Tops supermarket, as part of Monday's Village Board meeting. The business is celebrating its 50th anniversary this month.