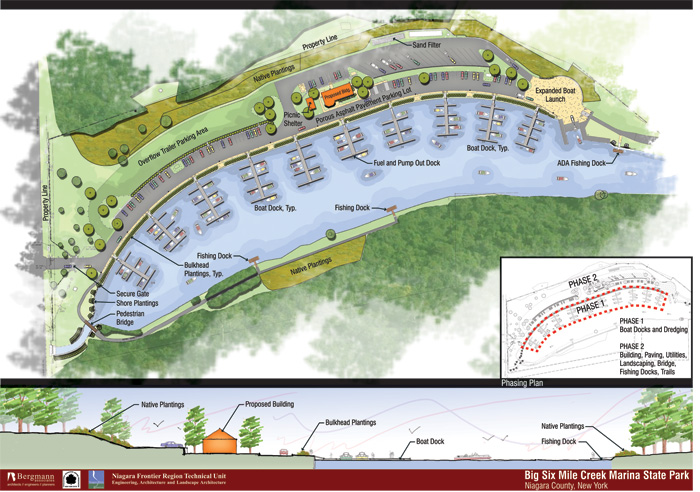 The New York State Office of Parks, Recreation and Historic Preservation Niagara River Greenway Fund Standing Committee will hold a meeting at 1 p.m. Tuesday, March 11, to vote on funding for projects being proposed to the Standing Committee by State Parks. The meeting will be held at the New York Power Authority's Power Vista classroom, located on the grounds of the Niagara Power Project in Lewiston (5777 Lewiston Road, Lewiston). The meeting is open to the general public.

The projects that are on the agenda include approving $1.2 million in funding for phase two of the Big Six Marina project (rendering here) which was deemed consistent by the Niagara River Greenway in July, as well as $300,000 for the Niagara Gorge trail crew, which was initially approved in 2009 by the commission.

The Niagara River Greenway Commission is a public benefit corporation established by Chapter 460 of the laws of 2004, and charged with the planning and development of a greenway of interconnected parks, river access points and waterfront trails along the Niagara River from Lake Erie to Lake Ontario at the site of the historic Fort Niagara.