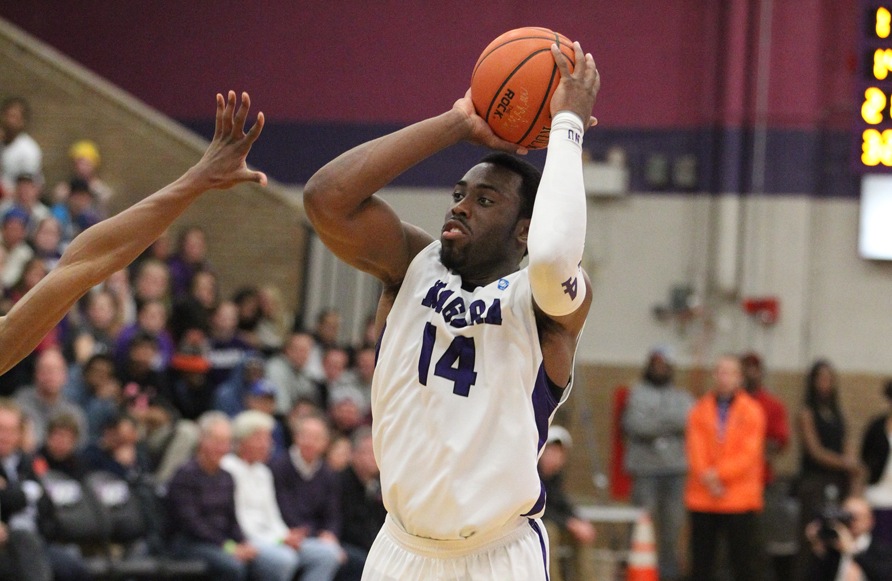 Antoine Mason is having the best season of his college career.

Mason, a guard and redshirt junior at Niagara University, currently leads the nation in scoring. He has played a total of 29 games this season and has scored 745 points overall. He is shooting around 44 percent completion in field goals. He also shoots at around 45 percent completion in 3-pointers.

Behind him is Billy Baron, a 6-foot 2-inch senior guard at Canisius College with 718 points throughout the season.

Mason's efforts match those of Stephen Curry, who played Guard for Davidson during the 2008-2009 season when he became the nation's top scorer. Curry and Mason both stand 6-feet 3-inches tall and are sons of basketball royalty,Wardell "Dell" Curry and Antoine Mason respectively.

"It feels good to know that I worked hard in the summer and in the preseason," Mason said. "The results of my hard work are paying."

Along with having a stellar season, Mason was also placed on the dean's list the fall 2013 semester. "It's tough to balance both ... I like to do all my work in advance ... It worked out this semester." He received a 3.5 grade point average.

Despite his efforts, the Niagara Purple Eagles are struggling this season. They have 6 wins and 23 losses following Saturday afternoon's home loss against the Quinnipiac Bobcats (19-8), and currently hold the 10 th slot in the Metro Atlantic Athletic Conference. This is head coach Chris Casey's first season coaching the team, following Joe Mihalich's departure to Hofstra. Mihalich coached the Purple Eagles for 15 years and brought the university two MAAC Tournament championships (2005, 2007) and three MAAC regular season championships (1999, 2005, 2013). Mihalich also personally received the MAAC Coach of the Year three times during his career at Niagara University (1999, 2005, 2013).

"I'm not sure what I'm doing after I graduate," Mason said. "That's something I'll have to sit down with my family and discuss my options." Mason is the son of NBA veteran and All-Star Anthony Mason, who played for the Miami Heat, Milwaukee Bucks, New York Knicks, Denver Nuggets, Charlotte Hornets and New Jersey Nets.