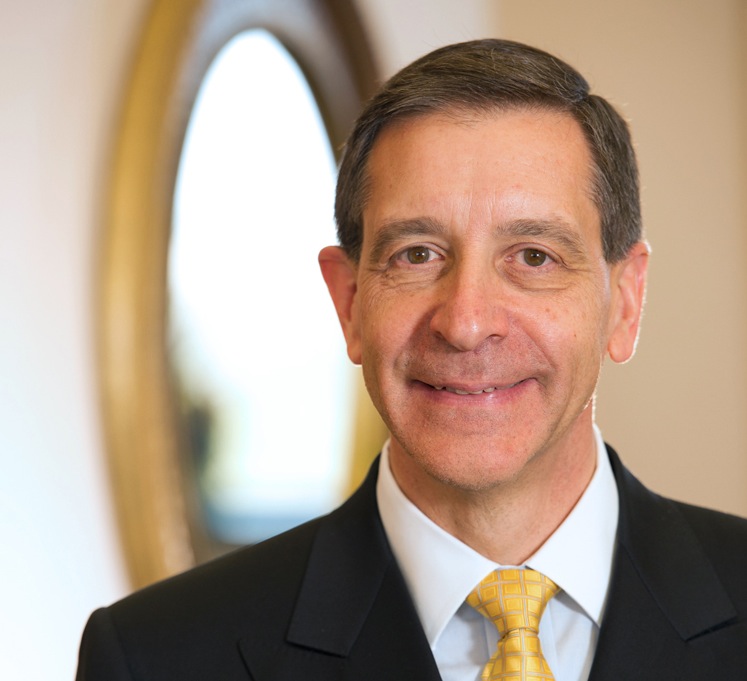 Dr. Gary Praetzel stepping aside after 35 years at Niagara University

Dr. Gary D. Praetzel, the man responsible for establishing Niagara University's College of Hospitality and Tourism Management and forging NU's reputation as a worldwide leader in hospitality training, will retire at the conclusion of the academic year.

Praetzel will continue serving the university as a special assistant to the president and academic vice president. He will also remain a board member of Visit Buffalo Niagara, the Darwin Martin House and the Niagara Experience Center.

"I join the Niagara community in congratulating Dr. Praetzel for his 35 years of outstanding service," said the Rev. James J. Maher, C.M. "In my short time as president, I have come to deeply value the excellent work of Gary, as well as his abiding commitment to our mission. His name is synonymous with our College of Hospitality and Tourism Management, and his immense positive impact on this institution and thousands of current and former students is indisputable.

"Gary Praetzel's career as dean of Niagara University's College of Hospitality and Tourism is the embodiment of Vincentian hospitality, utilizing university resources to impact the lives of students and the hospitality and tourism industry, as well as the lives of people living in poverty. I am delighted Gary will remain an active member of our university community."

Praetzel has been affiliated with Niagara since 1978, when he was appointed to the faculty of the College of Business Administration as an economics professor. He was later named director of the MBA program and dean of the college, performing both roles simultaneously for eight years.

In August 1999, Praetzel was chosen to lead Niagara's Institute of Travel, Hotel and Restaurant Administration. On Feb. 8, 2001, the institute became the College of Hospitality and Tourism Management, only the fourth of its type in the country, with Praetzel assuming the title of dean.

Praetzel secured $1.5 million grants from two major foundations, plus millions of dollars in additional funding, helping to shape the College of Hospitality and Tourism Management into a leading national and international program. The college achieved a national top-20 ranking, was a founding member of The Leading Hotel Schools of the World, and forged prestigious industry relationships, including a hospitality partnership agreement with Carlson.

Throughout his tenure at Niagara, Praetzel developed a knack for integrating practical learning experiences with classroom theory. Early on, it was a mentoring program that paired students with business leaders and, in 1999, the launch of the College of Hospitality and Tourism Management Alumni Association.

The focus on practical industry applications continues today in the College of Hospitality and Tourism Management, with innovative programs such as work-abroad experiences in five-star properties in Lake Como, Italy, and Cusco, Peru; a dual-degree exchange program in hospitality and tourism with the International University of Applied Sciences in Bad Honnef, Germany; the Alumni Advantage and mentorship programs; a cruise course with Norwegian Cruise Lines; an annual career fair; and the college's signature event, a yearly convocation that honors prominent leaders in the hospitality and tourism industry from across the globe.

Praetzel is a recipient of Niagara University's Vincentian Mission Award, the Outstanding Volunteer Award of Family and Children's Service of Niagara, the Pathfinder's Award for industry/education cooperation, and was listed as one of the most influential leaders in Western New York by Business First in January 2013 and again in February 2014.

Praetzel joined the board of Family and Children's Service of Niagara in 1997, becoming chair in 2001 until his resignation in 2004. He also served for many years as a board member of the Erie Niagara Regional Partnership. Praetzel served for 21/2 years as chairman of the board of directors of the Buffalo-Niagara Convention and Visitors Bureau and the Buffalo Convention Center, where he has been a board member since 2004. He also served on the boards of the Niagara Frontier Industry Education Council, the Niagara County Workforce Investment Board, and The Leading Hotel Schools of the World.

Under Praetzel's direction, the College of Hospitality and Tourism Management co-founded The Leading Hotel Schools of the World with The Hotel School The Hague in Holland and The Leading Hotels of the World. For nine years, Praetzel served on the board of regents of Concordia College and also served on the boards of the Community Leadership Development Program of Niagara County, and a national business school accreditation body. He also served on the Industry-Education Council of the American Hotel and Lodging Association.

Praetzel helped organize student conferences and a variety of sessions at professional conferences; participates in major hospitality and tourism conferences; and presented papers at a wide range of professional conferences, both domestically and abroad. He was an invited speaker at the third global conference sponsored by the International Institute of Peace through Tourism in Glasgow, Scotland. He has published a broad range of articles dealing with ethics, higher education issues, curriculum, study abroad, economic policy, hospitality and tourism, and theology.

Praetzel earned his B.A., M.A., and Ph.D. degrees in economics from the State University of New York at Buffalo.

A search for Praetzel's successor commenced in January.

For information on Niagara University's College of Hospitality and Tourism Management, call 716-286-8279 or visit www.niagara.edu/hospitality.