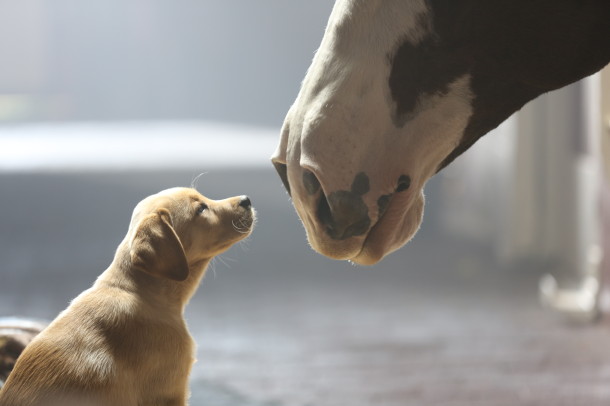 Super Bowl Ads: Are they worth millions?

A loud room filled with anxious fans awaiting the coin toss and kick-off. Flashing lights, chanting and small conversation turned silent. Eyes glued to the television while Bruno Mars shares the stage with The Red Hot Chili Peppers in an old-school-style performance. When the halftime show comes to a close, commercials flood the screen while the room fills with laughter, but are these Super Bowl commercials worth the millions that are poured into them?

With an audience of more than 150 million viewers, companies can't pass up an opportunity to market their products through amusing advertisements. This year, more than 50 companies showcased products with memorable - or not so memorable - commercial time ranging from 30 seconds to more than one minute. Companies such as H&M, Bud Light, Doritos, T-Mobile and many more spent $4 million for each 30-second slot. The main question at stake: Are these Super Bowl advertisements worth $4 million if they run the chance of being forgotten the next day?

Db5, a marketing-research firm, conducted a survey with audience participants hours after the Super Bowl came to a close. Db5 surveyed 504 people and, out of this group, on average, only 10 percent remembered specific companies that aired memorable commercials. The brands that were commonly remembered included Budweiser, Doritos and Coca-Cola.

According to Daniel Goldstein, a chief strategy officer for Db5, most of the audience can't keep up with everything that's going on in one commercial, so it's quickly forgotten after it is seen. In an interview with Bloomsberg Business Week, Goldstein said there are several different strategies used in attempting to make an advertisement unforgettable, such as using talking animals, talking babies and the most talked about celebrities.

Dannon Oikos, a Greek yogurt company, aired its advertisement featuring John Stamos, Bob Saget and Dave Coulier from the popular sitcom "Full House." By using this strategy, a majority of the audience made a connection between the famous stars and the product they were promoting, Goldstein told Bloomsberg.

The Super Bowl, which is the most important NFL football game of the year, generated near $300 million alone in advertisements by sponsors. It's fair to say that, aside from public opinion, these companies are fighting their competitors for the spotlight. Whether or not these commercials made you chuckle or yawn with boredom, you can be sure to see just as many funny, cutesy and bizarre ads next year. Overall, the success of Super Bowl commercials and their entirety are up to the viewers. A few million dollars is a hefty price tag for half a minute of screen time, but many professionals, like Goldstein, say the payoff can be worth it if done correctly.