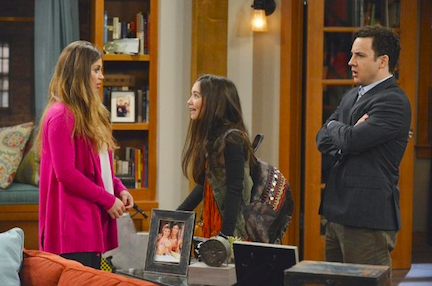 The 1990s are coming back, full swing this year. Our favorite '90s shows will bring us back to the times of oversized sweaters, side ponytails and our favorite TV star crushes.

"All of these shows are family-friendly compared to what is on TV today. I bet that is why many people are excited for them to return," said Niagara University student Alyssa Harris, 20.

After reuniting for a recently aired Super Bowl commercial, the cast of "Full House" is now working together for a reunion. After just about 20 years since the last episode aired, the team is coming back together. John Stamos told CBS News the cast is "working on something that is sort of reunion-like," but would not say any more.

When rumors began to fly about a "Seinfeld" reunion season, Jerry Seinfeld said he was working on a "secret project" with some members of the cast. He has now stated the Super Bowl commercial was not the project and we will find out what it is very soon.

"I'm glad these shows are coming back, so I can show my children what good TV is," said Western New York parent Linda Stuck, 49.

The much-anticipated "Girl Meets World" will air this summer. The sequel to the show "Boy Meets World" will follow around the daughter of Corey and Topanga, Riley Matthews, on her journey to adulthood. The rest of the cast will also be present in the show, as well.