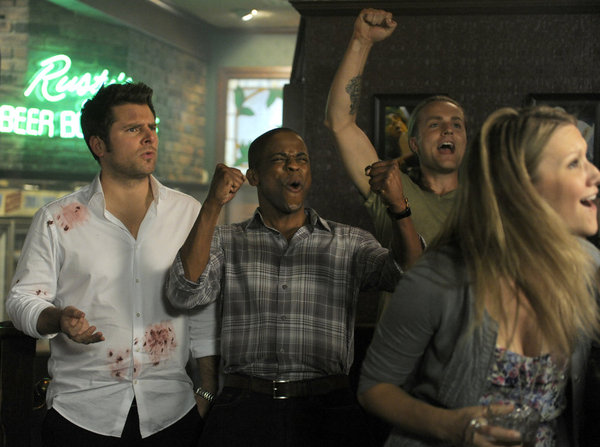 Heads up lonely people, Valentine's Day is coming up fast. If you can't find a date, you may need a backup plan.

For your backup plan, courtesy of the television czars, the TV marathon may be the best option. This year's Valentine's Day television programming offers a large number of marathons in which the dateless can drown their sorrows.

For those that need to laugh in order to get by, Ion TV will air a marathon of "Psych." The comedy about a supposedly psychic detective will be on the air from 11 a.m. until 3 a.m. the morning after.

If you're more classically trained in the art of TV watching, TV Land will air episodes of the all-time great "I Love Lucy" from 9 a.m. to 7 p.m.

Maybe, though, unexplained phenomena are more your speed? Well, good ol' TV has the answer in TNT's "Supernatural" marathon. The show follows Dean and Sam Winchester, two brothers who professionally investigate strange goings-on and often fight some big monsters. The two will battle ghosts, vampires and other creatures for 11 straight hours, from 9 a.m. to 8 p.m.

Or, maybe you'd rather watch Travel Channel's "Ghost Adventures" marathon? The show follows actual paranormal detectives around the country in search of haunted places. Travel Channel will air it all afternoon, from noon to 10 p.m.

Spike has your fix of murderers when it airs "Gangland" from 9 a.m. to 5 p.m., while, on the other side of the coin, you can watch homicide investigators track down their targets from 9 a.m. to 4 a.m. the next day in A&E's "The First 48." HGTV will air its documentary series with the self-explanatory name "House Hunters" (along with some episodes of "House Hunters International") from noon to 8 p.m.

Plus, The Science Channel will give us episodes of "Through The Wormhole With Morgan Freeman" from 9 a.m. to 3 p.m. The documentary series interviews science experts on all sorts of topics, from alien life to physics. Six straight hours of Morgan Freeman's golden pipes, talking about how the universe works? Sounds perfect.

This year's V-day TV is full of distractions, but as you can see, most of these marathons won't last you through the night. If you still need comforting after they end ... try Netflix?