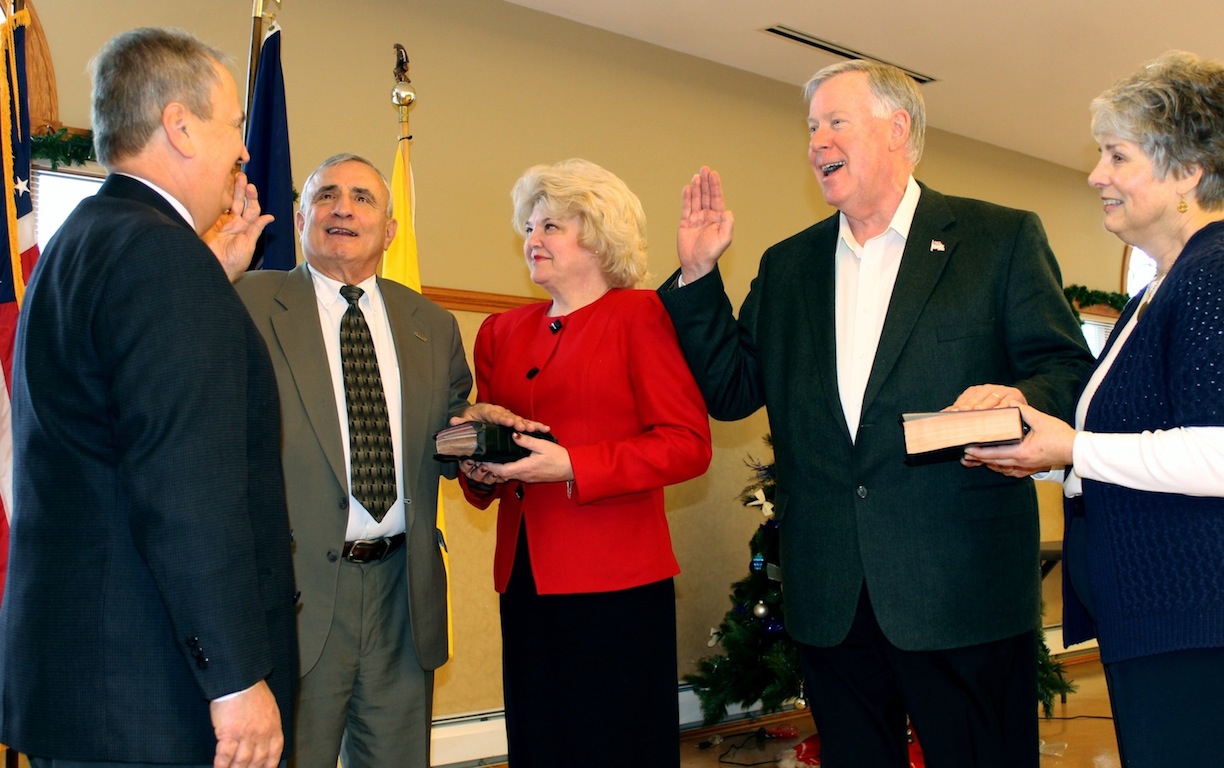 New Legislature begins to take shape around core of veterans

Several Niagara County lawmakers took their oaths of office Wednesday as a new Legislature with three new faces began to take place around a core of veterans, including an 11-member supermajority that will continue to lead the deliberative body after 10 years in charge.

As state Sen. George D. Maziarz, R-Newfane, and a host of judges, parents and other authorities administered oaths and held family Bibles, legislators began their terms with a financially stable county government that just succeeded in passing its latest tax cut for county residents - a 1.6 percent decrease - the latest in a series of cuts that have lowered county taxes by 13.4 percent over the past decade.

The new Legislature meets for the first time Jan. 7, when it will organize by electing a chairman, vice chairman, and leaders of the 11-member Majority Caucus and four-member Minority Caucus.