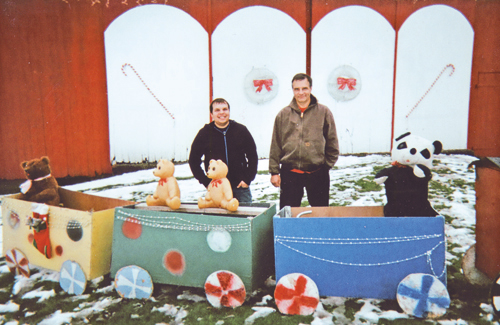 Edward Greinert started the large display about 22 years ago for his grandchildren and the community and, after his death in 2001, his son has made sure the tradition continues.

The display includes everything from Santa and reindeer figures to a toy train loaded with stuffed animals. Even the trees have lighted snowflakes and lighted candy canes line the driveway.

"While it is a lot of work, it is worth it to have the opportunity to see the families along with their children slowing down during the day and during evening hours, enjoying the display," Paul Greinert said.