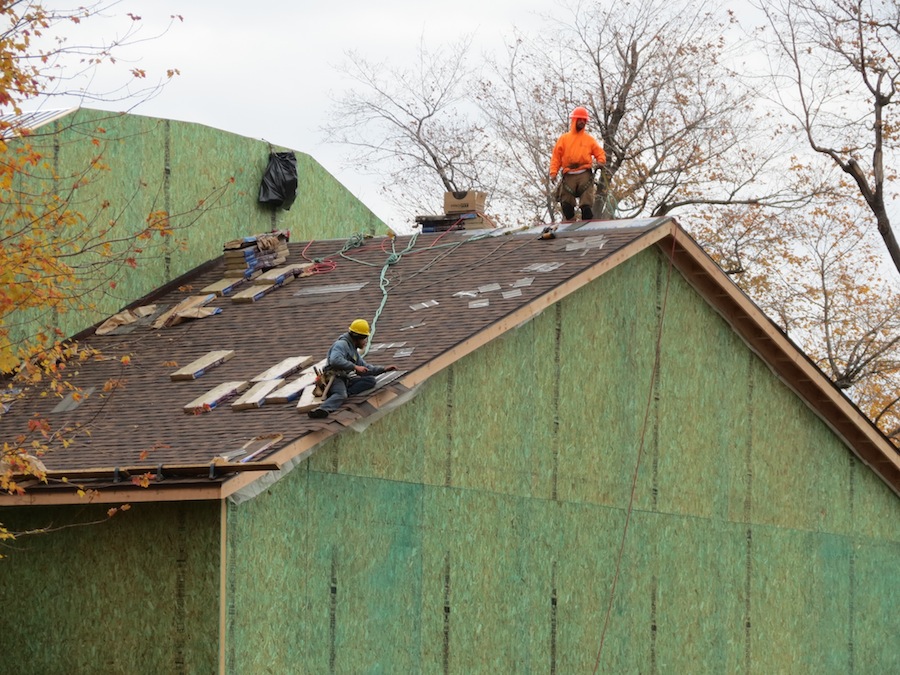 What's with all the construction in Lewiston?

Construction work in the Village of Lewiston has people wondering what's happening. Here's an explanation:

Two large-scale projects are underway at the corner of Center Street and Portage Road. On the east side, next to the DiMino Lewiston Tops bandshell, the Town and Village of Lewiston public works crews are building the Lewiston Family Ice Rink. The attraction returns next month for a third winter season - its first on this side of Academy Park.

Across the street, the Historical Association of Lewiston is putting the finishing touches on a historically significant pocket park, which will officially open next month.

On Monday, under the watchful eye of site contractor Rocco DelGrosso, the Tuscarora Heroes monument was installed in front of Hibbard's Custard. Statues of three Native Americans, representing the Tuscarora nation, were planted in the park as a tribute to "Tuscarora Heroes" - the brave men and women who rushed Lewiston residents out of the village during the 1813 British invasion.

The monument and park will be formally unveiled Dec. 19 at "Flames Through Lewiston." That day is 200 years to the date of the burning of Lewiston.

Construction is ongoing outside of Waste Technology Services, 435 N. Second St., where a giant green shell has been erected. The 80-by-120-by-35-foot unit will eventually house an indoor tennis facility, which will be used by WTS employees.