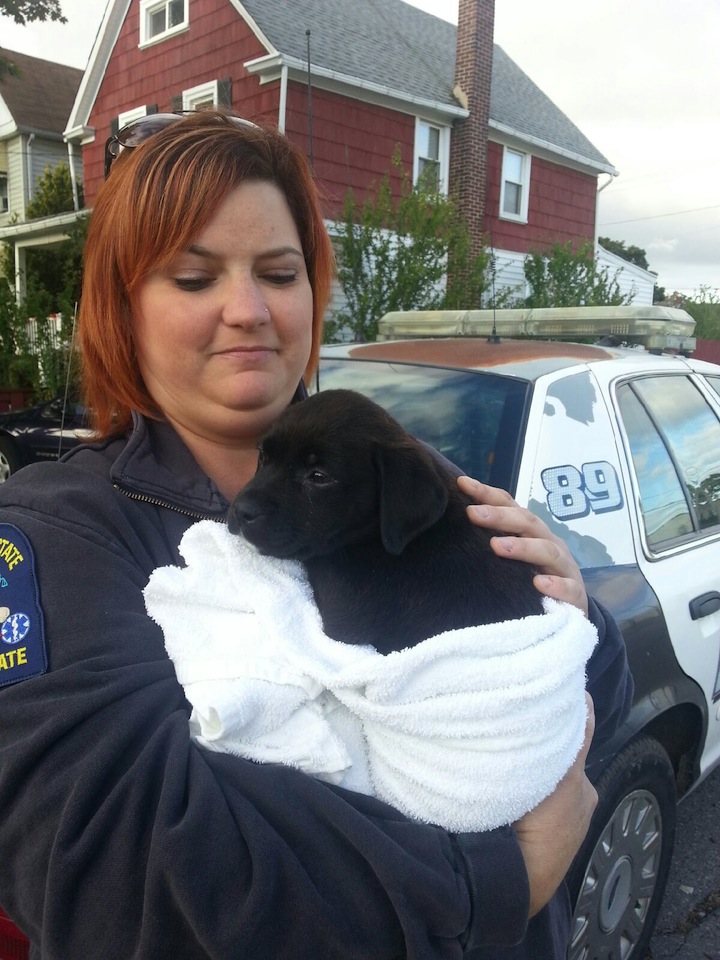 Rural Metro Ambulance employee Sarah Zimmerman was in the home of a patient when she heard the screams of a very small puppy from outside the 28th Street residence.

Jones approached Zimmerman and demanded the puppy be returned to him. Zimmerman refused to return the puppy to Jones, stating, "She won't be returned to you until the police arrive. This dog is so young. What could she have done to warrant this abuse?" Jones' response was that she "needed to be disciplined." The object used to strike the puppy was a hard plastic tube wrapped in a piece of cloth.

Jones' temper escalated as Zimmerman refused to hand the puppy over. Zimmerman while hiding the clearly shaken puppy inside her Rural Metro coat, maneuvered around to the other side of the ambulance until police arrived. Officer Ryan Adams and Officer Tom Airst arrested Jones. Niagara Falls Police officer and animal cruelty investigator for the Niagara County SPCA Dave Bower was also on scene.

Neighbors told officers that they have heard cries from the 6-week-old puppy, now dubbed Karma by Niagara County SPCA staff, during the course of the past two weeks, but were too afraid to speak up because of Jones' reputation. Jones has been arrested by Niagara Falls PD in the past for disorderly conduct and domestic violence.

Jones was also questioned in the Gladys case earlier this year. Gladys was an 8-week-old puppy found by two Modern Disposal employees in late April with a broken jaw and severely swollen face. Jones and his girlfriend, Sherry Sanney, admitted to owning Gladys, whose name was Brianna at the time. They told Niagara Falls Police that they "sold the puppy several days before" the incident. There was no solid evidence found linking Jones or Sanney to the incident.

SPCA Executive Director Amy Lewis said, "Karma is very sweet considering all that she has endured. She does show some signs of physical abuse including abrasions to her head and hind legs and urine burns on her belly. She will be placed in foster care with her rescuer, Zimmerman who has expressed interest in adopting her."

Lewis also said, "We are so glad that Sarah and her partner stepped forward and didn't just drive away as they so easily could have done. There is a lot of research indicating that animal abuse often leads to other abuses including domestic violence. Identifying this behavior early can lead to getting those affected the help they need to end the cycle of violence. Thanks to Zimmerman, Karma will no longer have to endure that violence; she is safe and sound now and will have the home she deserves."