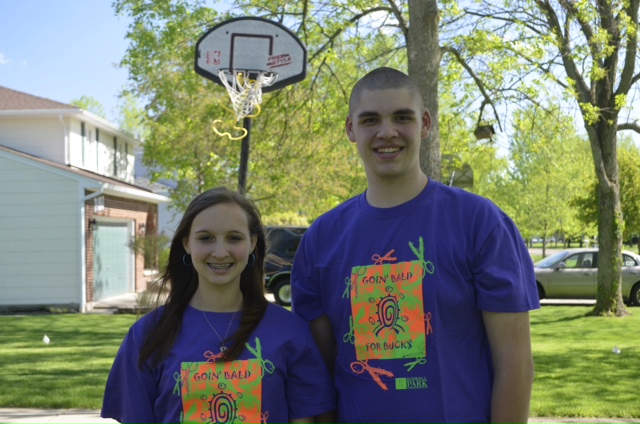 Sarah joined the team in 2010. They were the top fundraisers every year since they started.

This is their last year doing it through the middle school because Sarah will join Chris in the high school next year.

In the second photo, sixth-grader Anthony Serra has his hair cut to honor survivors like his mother and grandmother, and in memory of people like his grandfather.