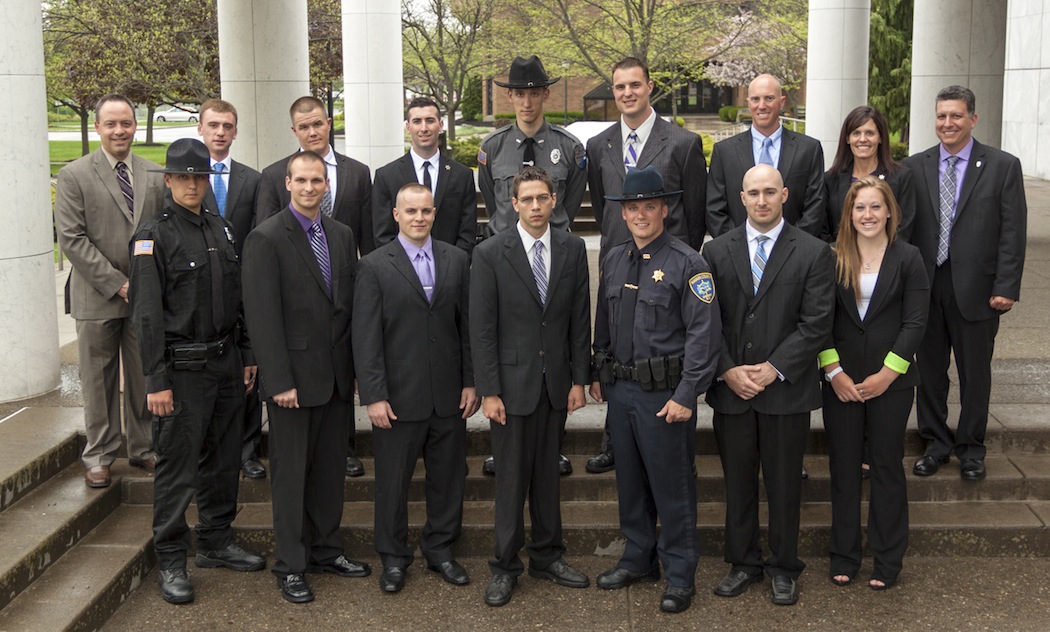 Following an invocation by the Rev. Joseph L. Levesque, C.M., president of Niagara University, NCLEA Class President Jeffrey Swick addressed his classmates. Swick spoke of a phrase - "Backup is on its way" - that the recruits would use during times of struggle.

"Whenever we heard a classmate use those words, we knew they needed to be picked up," he said. "I'm so proud of the way that this group came together to support each other."

Wednesday night's ceremony was extra special for Swick, whose father, Village of Middleport Police Chief John J. Swick, presented him with his certificate of completion.

Chief Swick was one of several high-ranking law enforcement officials in attendance. Another was Niagara County Sheriff James R. Voutour, who offered the event's keynote speech.

"Policing is a job of integrity and trust," the sheriff advised the graduates. "You will be your own boss on your shift for most of the day. You will be trusted to do the right thing even when no one is watching you. You'll have the ability to take away freedom and you'll be charged with protecting our world.

Holmes received the Sgt. Jeff Juron Defensive Tactics Award and was recognized for physical fitness, while Kirbis Jr. took top honors in academics and was presented with the Jeffrey A. Incardona Memorial Award. The Joseph E. Stablein Memorial Award went to Monaco. Cardinal was commended as the most improved recruit in terms of physical fitness.

The NCLEA began holding classes at NU on Feb. 28, 2011, making Niagara the only four-year, private college in New York to host a full-time police academy.

Coordination of the program on Niagara's campus is undertaken by the university's Office of Continuing Education and criminal justice department.