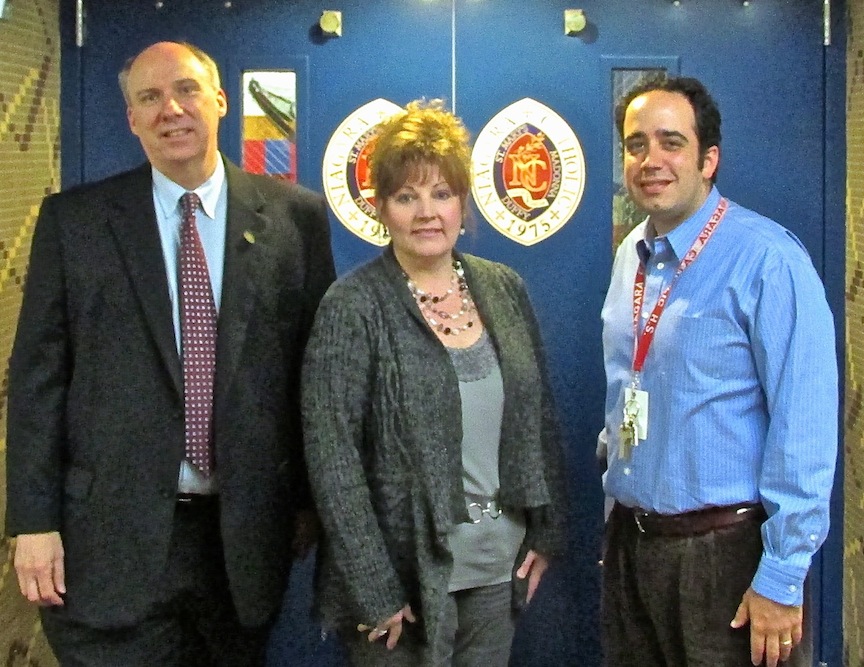 Buggs takes over at Niagara Catholic

The Niagara Catholic Jr./Sr. High School board of trustees announced Tuesday Ronald K. Buggs has officially taken on the role of president/principal of the school. He replaces Robert DiFrancesco, who retired in March.

"It is a pleasure and honor to return home and have a direct impact on student learning," he said.

Buggs recently announced several changes that will occur in the next school year. This includes a new music program, Chinese language and culture classes, an enhanced grades 7-9 academic schedule, new business and technology courses (including financial and investment planning), and a new and improved website.

In addition, the school set a fundraising goal of $225,000 for new technology upgrades. More than half of that goal has been achieved thus far, new servers have been installed, and both computer labs will become state-of-the-art this spring and summer. More technology will be added once the total goal has been reached.

Buggs has also announced some staff changes at the school that are effective immediately. Brian Hall, a business teacher at the school, was named dean of students in addition to his teaching duties. Christine Muto has accepted a title change from director of administrative services to director of financial affairs.

For more information about Niagara Catholic, call 716-283-8771 or email [email protected] or www.niagaracatholic.org.