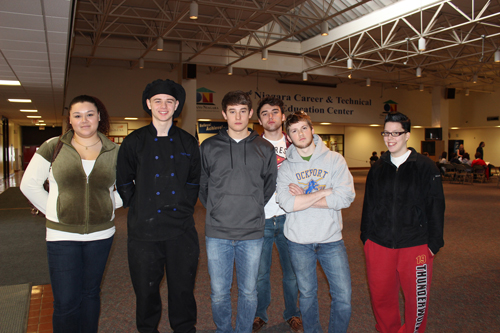 Forty-four students from Orleans/Niagara BOCES' career and technical education centers had a successful showing at the SkillsUSA Region 1 Leadership Conference and Skills Olympics held this month at SUNY Alfred.

High School and college students competed against each other in their areas of study from Alleghany, Steuben, Monroe, Erie, Niagara, Orleans, Cattaraugus and Ontario counties for the three top spots. The top three winners get gold, silver and bronze medals and will move on to the state championship to be held at the end of April.

SkillsUSA is a partnership of students, teachers and industry working together to ensure America has a skilled workforce. The following Niagara-Wheatfield and Starpoint students attending the Niagara Career and Technical Education Center placed at the competition.