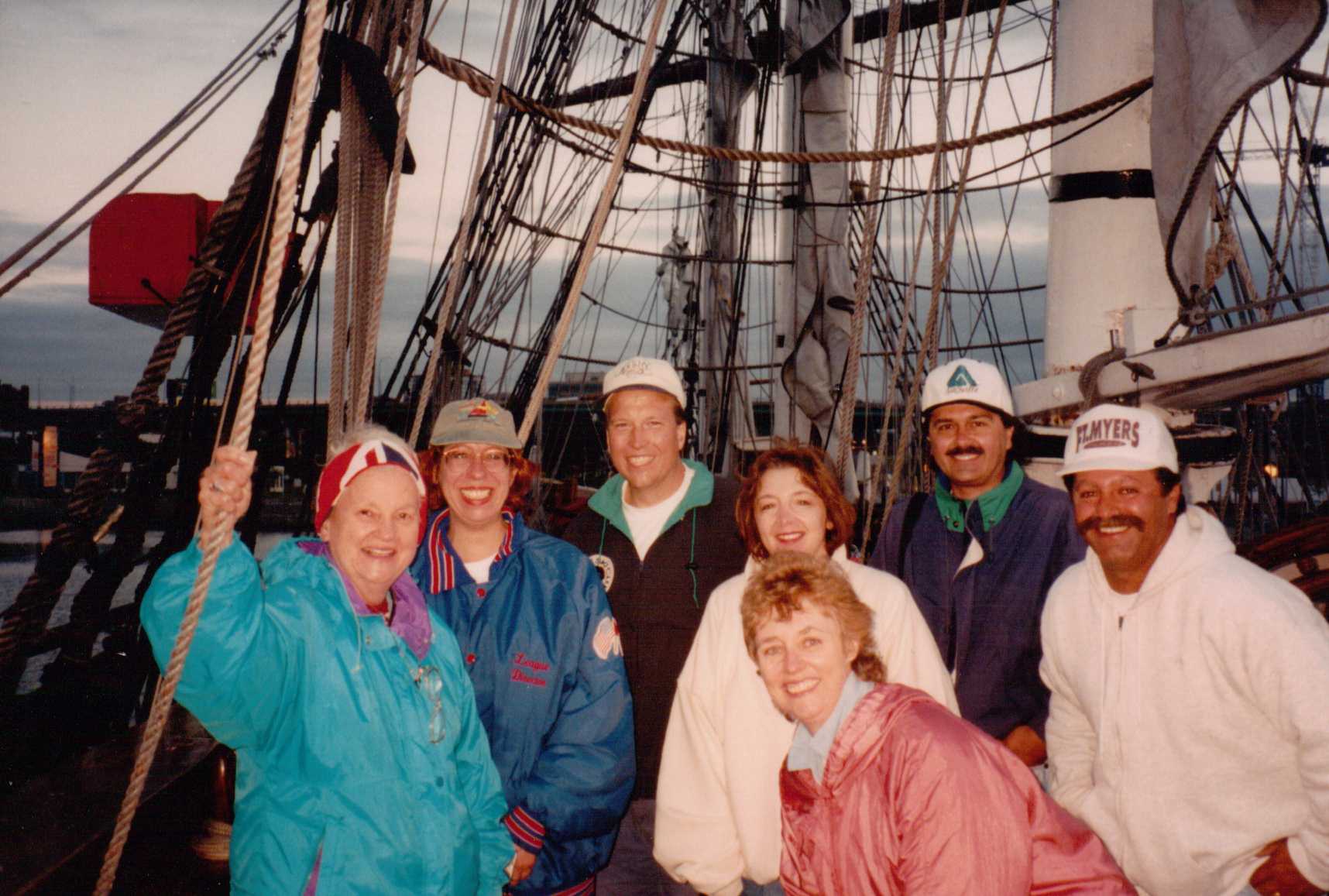 H.M.S. Bounty, once in Lewiston, lost in Sandy

A famous ship with Lewiston ties went down in the recent "Super Storm."

In the midst of Hurricane Sandy, the H.M.S. Bounty was lost to the Atlantic. Captain Robin Walbridge, along with crewmember Claudene Christian, tragically went down with the ship.

Leaving New London, Conn., on Oct. 25, the Bounty sailed south east into the storm while on course for St. Petersburg, Fla. Walbridge, who had been the Bounty's captain since 1995, posted on the ship's Facebook page "A SHIP IS SAFER AT SEA THAN IN PORT." An experienced sailor, Walbridge had been a captain and adviser on the U.S.S. Constitution when it set sail for the first time in more than 100 years in 1997. He spent two years sailing and training the crew of "Old Ironsides."

The crew of the H.M.S. Bounty was trained and prepared for stormy weather, "I've been through two other hurricanes with Robin Walbridge on the Bounty, the ship was in great shape," said crewmember Daniel Cleveland.

Walbridge's last communication came on the night of Oct. 27: "I think we are going to be into this for several days, the weather looks like even after the eye goes by it will linger for a couple days. We are just going to keep trying to go fast and squeeze by the storm and land as fast as we can. ... All else is well," he wrote on the ship's Facebook page.

The Bounty lost power and the use of its pumps and began taking on too much water the night of Oct. 28. The next day, 90 miles south east of Hatteras, N.C., and 160 miles west of the eye of the hurricane, the Bounty sent a distress signal to the U.S. Coast Guard. With a C-130 helicopter, the Coast Guard responded, saving 14 of the 16-person crew. Christian was found unresponsive and the search for Walbridge has been called off.

In 1997, the Bounty was brought to Lewiston as part of the village's 175th anniversary celebration. Without a crew large enough to make the trip to the next destination of Toronto, Lewiston residents were offered a chance to help sail the ship. Edward and Victoria DeVantier were on the committee that brought the Bounty into town and jumped at the opportunity.

"They told us right up front: 'It's not going to be a pleasure cruise, we need workers,' " Victoria said.

"This is how our grandparents and great-grandparents came over the ocean, working the sails. They didn't just sit in the down decks," Edward added.

Victoria expressed grief upon hearing of the ship's demise and the loss of Walbridge and Christian.

"I felt so bad ... because we had a personal relationship with the ship, the crew, the captain, who at that point they were still looking for. It's just sad," she said.

The ship was built in Lunenburg, Nova Scotia, in 1960 for the film "Mutiny on the Bounty" with Marlon Brando. It was a replica of the original Bounty, which the film was based on. At 180 feet long and 115 feet tall from the water line, the Bounty had 16 sails equaling 10,000 square feet of canvas. In addition to hosting educational sailing programs and serving as a functional sailing ship and a tourist attraction, the Bounty was featured in documentaries and films, including "Pirates of the Caribbean: Dead Man's Chest."