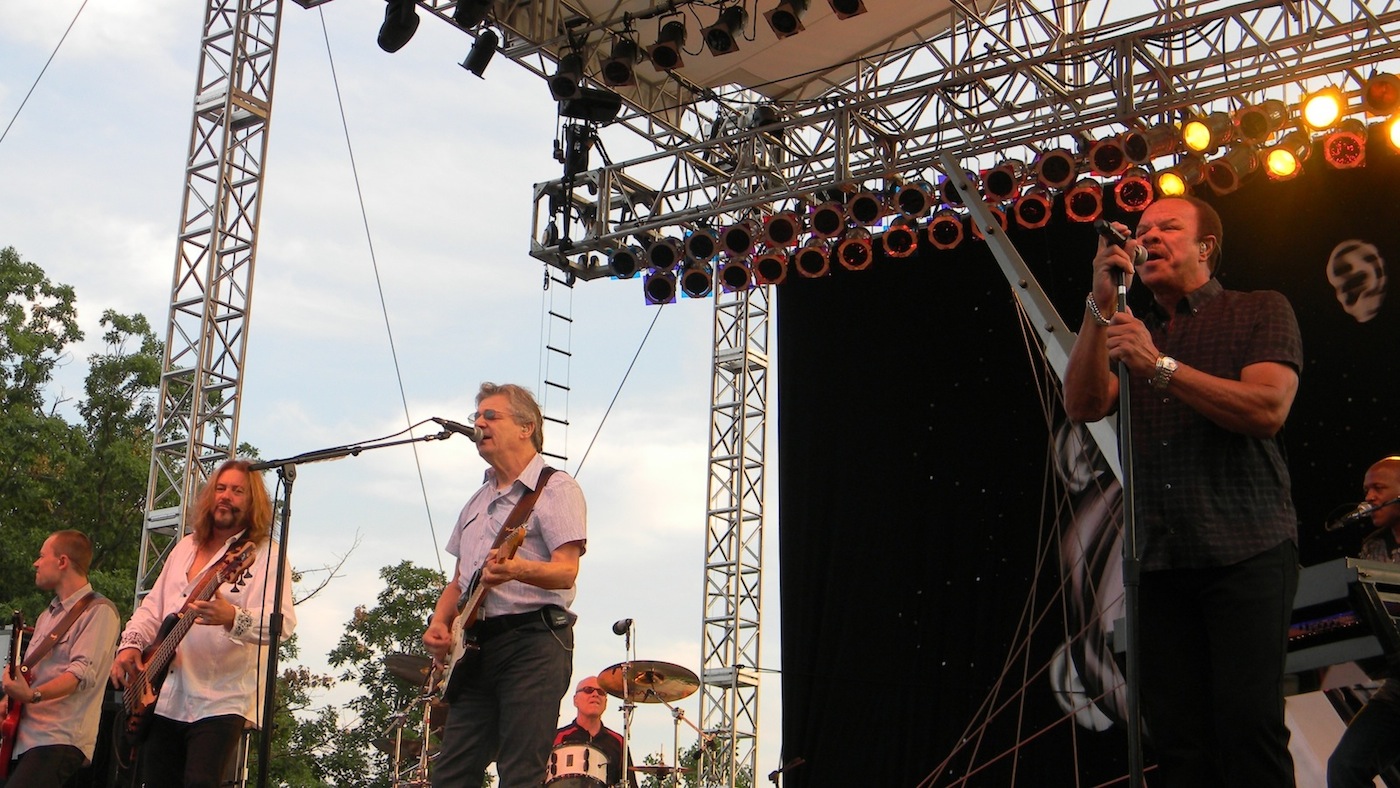 The Western New York Regional Economic Development Council will announce Tuesday night that Artpark & Company has officially completed significant improvements to its popular summer concert venue facilities with the assistance of a $391,150 award that was part of Gov. Andrew M. Cuomo's Regional Council initiative. The improvements will help strengthen the Lewiston amphitheater's place as a leading destination in Western New York for visual and performing arts.

"Artpark is justly famous for bringing incredible cultural experiences to our community, and that reputation for excellence has helped to make Western New York a hub for artists, performers and visitors of all ages. These improvements have helped draw even larger crowds this year, providing a boost to area businesses and the local economy," said Satish K. Tripathi, president of the University at Buffalo and Regional Council co-chair. "While supporting one of our leading arts institutions, this project also helps to support cultural tourism - a key opportunity for economic growth in our region. By helping enrich the visual and performing art spaces at Artpark, we enhance one of our region's great cultural treasures and give people yet another reason to visit and learn about all that Western New York has to offer."

"Artpark is one of the nation's most beautiful outdoor concert facilities and, by improving access and services for visitors and acts, it will continue to draw top talent and the thousands of people that come to see them from throughout the state and nation and across the border," said Howard A. Zemsky, managing partner at Larkin Development Group and Regional Council co-chair. "The region has already felt the impact of these improvements. Between the concerts and other activities, including camps and family nights, the economic activity generated by additional visitors to local businesses will help our communities and further raise the profile of this premier Western New York destination."

The $3.4 million project significantly improved the concert experience for Artpark's outdoor audiences, including re-grading the lawn seating area to expand views of the stage, performers and the majestic backdrop of the Niagara Gorge. In addition, the project improved patron access into the seating area and provided new service areas for concessions, a new restroom building, and an enlarged and improved sponsor area.

"The improvements to the Artpark Amphitheater and the adjacent family activities area have already had a significant positive impact on the region," said George Osborne, Artpark & Company president. "It is a much safer, user-friendly facility that has provided additional employment for stage crew, concessions crew, vending crews, and security personnel. It has made it possible for us to provide more and better services to the residents of Western New York and to countless visitors from across the nation."

Osborne noted that, through Aug. 14, the facility has presented 15 major concerts by national acts, two youth rock concerts, a "Family Movie Night," and hosted five weeks of art camps as well as four "Family Saturday" days. Total usage of the new facility is expected to exceed 150,000 persons in this inaugural season.

Last year, a total of $785 million was awarded through the consolidated funding application for job creation and community development projects consistent with each region's strategic plans. As part of that process, Artpark & Company was awarded $391,150 from the Environmental Protection Fund administered by the Office of Parks, Recreation and Historic Preservation. OPRHP made $16 million available in 2011 to assist in the development of parks and recreational facilities to preserve, rehabilitate or restore lands, waters or structures for park, recreation or conservation purposes, and for structural assessments or planning for such projects.

"I am grateful the Western New York Regional Economic Development Council recognized the importance of Artpark to the region's vitality," said Rose Harvey, OPRHP commissioner. "Cultural destinations are fundamental building blocks of vibrant, livable communities. This investment in Artpark will give people one more reason to live in and visit Western New York."

State Sen. George D. Maziarz said, "Artpark provides residents and visitors a world-class cultural destination and is a leader in this field in Western New York. The improvements that were made are consistent with keeping this facility as one of the top concert and performance destinations in the area, and will therefore continue to have a positive impact on this area. I applaud the Western New York Regional Economic Development Council for assisting in Artpark's development by awarding this funding."

Assemblyman John D. Ceretto said, "The completion of these capital projects will allow Artpark to remain a destination in the region. The investment in Artpark by the Regional Council enhances Artpark's reputation as a cultural leader in the area and provides an even greater experience for visitors."

Artpark & Company, a not-for-profit organization, presents all of the programming in the Earl W. Brydges Artpark State Park. Artpark & Company is dedicated to presenting the finest in performing and visual arts programs, including Broadway musicals and classical, jazz and pop music concerts; art exhibits; classes, workshops and demonstrations; and tours of the park's geological and historic sites and nature trails. Over the past 10 years, Artpark's amphitheater has become one of the most popular concert venues in Western New York, especially for its low-cost summer concerts on Tuesdays and Wednesdays.

To learn more about each regional council and their economic development plans, visitwww.regionalcouncils.ny.gov. For information on how the New New York is working for business, visit www.thenewny.com.