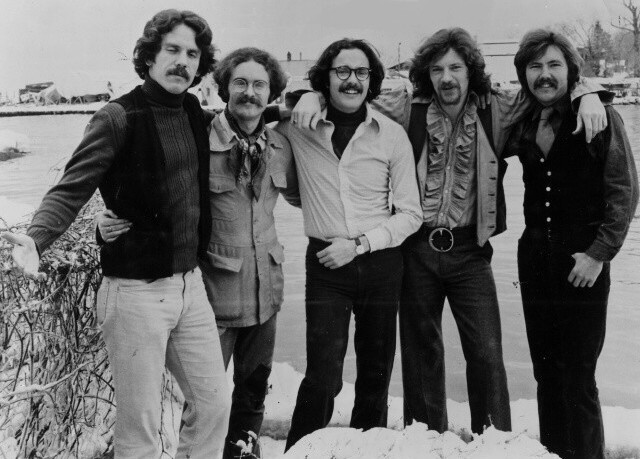 Olcott 'Dancing in the Moonlight' Saturday

King Harvest concert will be a 'Supernatural Delight'

While Saturday night's crescent moon won't give off a lot of light, locals and visitors to the Lake Ontario port of Olcott this weekend can still expect to spend their time there "Dancing in the Moonlight."

Olcott, one of Niagara County's top summer destinations, will welcome hometown rock 'n' roll legends King Harvest home Saturday, 40 years after the band made it all the way to No. 13 on the Billboard Hot 100 with a song that's become a staple of summertime barbecues.

Saturday's free concert starts at 6 p.m. at the Olcott Gazebo on Main Street in Olcott Beach. But the groundwork for it began 40 years ago when a band whose members had come together at Cornell University released "Dancing in the Moonlight" - and saw it rapidly climb the charts.

"Exactly 40 years ago I was driving along the California coast in a rented Ford Pinto, having just given a classical piano recital at a small state college," King Harvest keyboardist and Olcott native Ron Altbach said. "I turned on the radio and had the greatest thrill of my life when I heard myself playing the introduction to 'Dancing in the Moonlight.' "

In fact, Altbach's piano work - performed on a Wurlitzer electric piano - is part of the song's distinctness, along with both Dave "Doc" Robinson's vocals and the upbeat chorus harmony.

The following year would be one of the band's most active periods, and would also forever anchor it to the tiny lakeshore hamlet of Olcott.

"As the song climbed up the U.S. charts, the other members of the band and I re-connected first in Paris and then here in Olcott," Altbach said. "Now, as our 40th reunion show approaches, we get asked, 'Why? Why Olcott? Why not Ithaca, where we all went to college and met? I really don't have any answer except that I grew up here, my parents were here, and perhaps I was the bossiest one in the band."

Altbach then turned serious in describing his hometown.

"But maybe the real answer is that in the year-and-a-half that the band lived here in Olcott, the core members, Doc Robinson (lead vocals and bass), Eddie Tuleja (guitar and vocals) and Rod Novak (saxophone, guitar and vocals), really became members of our Olcott community," Altbach said. "We played the local bars - principally the Owl's Nest and Irma's Bowl - ate at the local restaurants, drank at the local watering holes and befriended many of the people whom we expect to be at our show on Saturday."

It was conversations with locals that persuaded Altbach and King Harvest to play Sunday's Mercy Flight LakeFest concert in Wilson - and Altbach then persuaded bandmates to return to their old stomping grounds in Olcott and Newfane.

In fact, the gazebo where King Harvest will play Saturday is as close as the band can get to its old, 1970s-era practice space - the basement of the Methodist church across the street.

"When we first came to Olcott those many years ago, we needed a place to practice. We were offered the basement of the Methodist Church," Altbach said. "We were accepted and we loved being here."

The concert is being sponsored by Newfane's town government, as well as through funding from the Niagara County Legislature. Legislator John Syracuse, R-Newfane, secured unanimous passage of an appropriation of $3,000 for concert promotion from Niagara County's last remaining Seneca Niagara Casino slot revenues.

Those casino funds had been provided under a deal between the Seneca Nation of Indians and New York state, before former Assemblywoman Francine DelMonte, D-Niagara Falls, and former Sen. Antoine Thompson, D-Buffalo, forced through legislation that diverted the county's share of casino revenues to Niagara Falls city coffers.

The concert funds were part of a larger funding resolution from Syracuse, who also succeeded in winning approval of a $2,000 appropriation for the Lake Ontario Pro-Am Fishing Derby, a major economic activity generator for the county's lakeshore communities such as Olcott.

"Olcott is truly a summer place, and the County Legislature invested in Olcott's summer economic season," Syracuse explained. "Many of our businesses rely on our short Lake Ontario summer to put themselves in the black, and concerts like the King Harvest show really help out with that."

Syracuse also had a message for band members.

"King Harvest is a part of who we are, here in Olcott and Newfane. They're a part of our story, our heritage as a community," Syracuse said. "But they're also regular guys who appreciate the kind of place Olcott is - and the simplest and most direct message I can offer on behalf of our community is 'Welcome home.' "

The concert is timed to coincide with another major Olcott event - the Newfane Schools "Ultimate Class Reunion," which runs from 1 to 7 p.m. at nearby Krull Park. The reunion is open to anyone who ever attended any Newfane school.