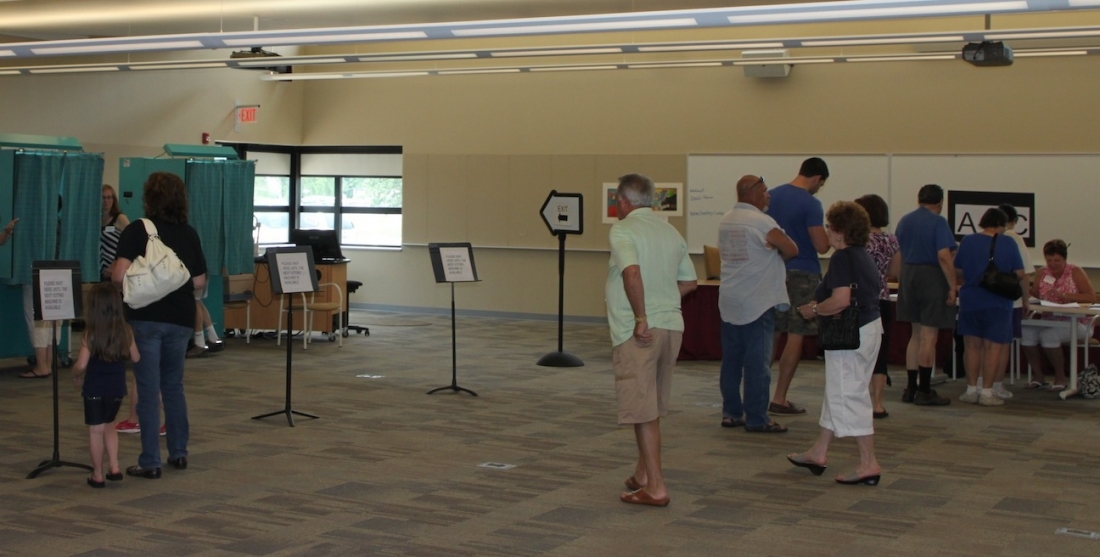 The Niagara-Wheatfield School District's second attempt to get a budget passed for 2012-13 on Tuesday was a success as voters passed the revised $60.5 million budget.

Unofficial results showed the budget was approved 2,288 votes to 1,697 votes.

In other N-W news, on Wednesday, the Board of Education was expected to approve the appointment of James Knowles as interim superintendent, while the search for a permanent superintendent continues.

The first hour polls were open about 600 people voted, and there was a steady stream of voters throughout the day.

"I'm greatly relieved that I don't have to go back to cut another $1.4 million out of the budget. It would have been heartbreaking, if it hadn't been heartbreaking already," he said, noting that the approved budget includes the loss of 62 jobs.

Steve Sabo, board president, said the board would be addressing the layoffs and the positions to be eliminated at Wednesday's meeting (after the Tribune went to press).

Sabo believes it was a combination of three things that brought the favorable outcome on the second budget proposal - some people who voted "no" previously changed their minds because they felt the new budget was more reasonable, the revote brought in some people who did not come out to vote previously because they thought there would be no problem with the budget passing, and some people realized that if this budget did not pass, there was a real possibility of losing kindergarten, sports and music.

"We're going to have to manage our money to a T this year," he said. "We've got to start building a fund balance up in case something does happen."

"We will be on solid ground financially. We can only go up from here, unless, God forbid, something happens to the economy," Dumphrey said.

Dumphrey, who stepped in as interim superintendent after Carl Militello's abrupt departure as superintendent, will be returning to his previous position as district business manager when Knowles takes over.

Sabo said he expected the process of finding a permanent superintendent will take another six to eight months.