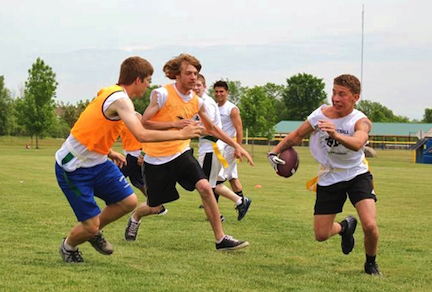 The event was organized by students Christopher Komin, Megan Karpie, Dominic Morrell, and Orendael Miller, along with the rest of the students who participate in Interact, a community service club at GIHS. Angelo Grande was the supervisor of the event from Rotary. Six teams of five high school students each participated in the event, and a team of five Grand Island High School teachers also played a game against the students. Overall, the event raised approximately $350, which will be donated to Grand Island's Neighbors Foundation.