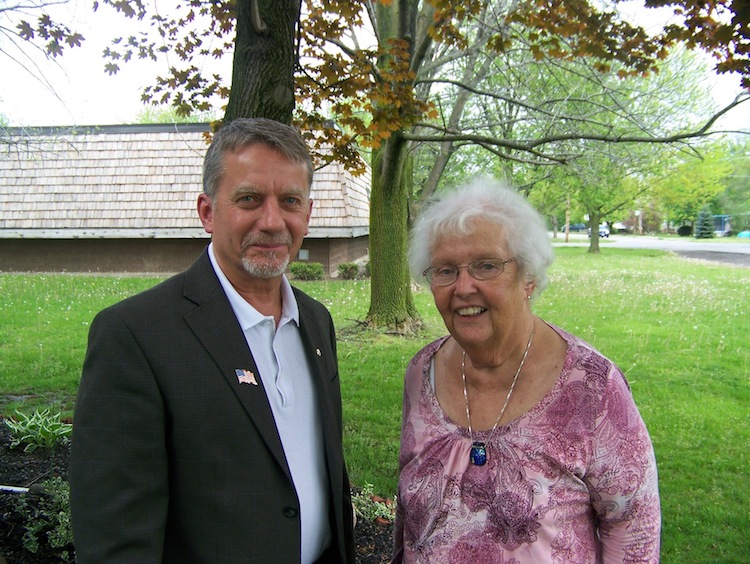 Brochey, Mudd running for Village of Lewiston board seats

Submitted by the Lewiston Democratic Committee

Mudd has been a trustee since 2010 and has resided in the village since 1961. Active in civic and political affairs in the village for more than 40 years, Mudd said of her re-nomination:

"It has been a privilege to serve my fellow Lewistonians these past two years. I am honored and pleased to be nominated for a second term. I am particularly pleased to be running with Dennis Brochey, whose input about the impacts on businesses of decision-making by the board will be invaluable."

When asked about the prospects of working with a second Democrat on the board, Mudd commented, "There is no doubt that two voices united in doing what is best for the village are louder than one, and have a better chance of being heard." She said this is especially true when it comes to protecting and advancing the interests of everyone in the village, and not just a few. She said she looks forward to the stronger presence by Democrats on the board and urges all village residents to exercise their right to vote for her and Brochey for the two trustee positions.

Mudd is an active advocate for the disabled, serving on the board of directors for Opportunities Unlimited. She has been active with environmental concerns since the eruption of the Love Canal crisis, when she joined the ecumenical task force to aid the populace. She was a member of then Gov. Mario Cuomo's superfund management board. Mudd is also a member of the surrogate decision-making unit of the State Commission on Quality of Care.

A teacher of writing for a number of years, Mudd has several publications to her name. She is a member of the faith community at Niagara University. She currently resides in the village with her daughter and grandson.

Brochey is a political newcomer, although he is well known and respected throughout all of Lewiston. His support of the military troops and their families has been recognized via numerous awards. The Red Brick Bench Press Competition, which Brochey organized, raises funds for assistance to veterans and families. To date, Brochey has raised more than $80,000 for troops and their families through the annual competition.

He is the 2012 chairman for the Kiwanis Block of Dollars, a fundraiser for Women and Children's Hospital. Brochey is also a member of the Lewiston Lions Club and he is active in the Kiwanis Club of Lewiston

Brochey grew up in the area, and graduated from Lewiston-Porter High School. He is married to Cathy (Makisiak), and they have two children. His Center Street business is a "locally owned and operated" family business. Now known as Brochey's Automotive, the business dates back to 1972 when Dennis and his father opened Lewiston Sunoco at the same Center Street location.