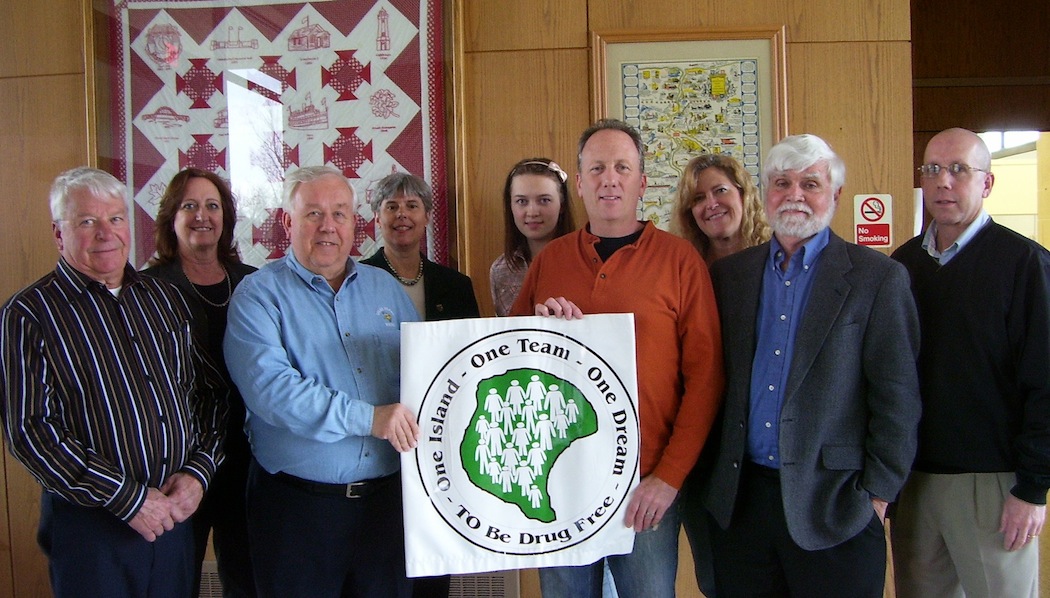 Chamber of Commerce: McMahon, 1 Island honored with Citizen of the Year awards

Organization of the Year - One Island, One Team, One Dream, to Be Drug Free

by the Grand Island Chamber of Commerce

One Island, One Team, One Dream, to be Drug Free, was formed in 2006 as a very grass roots movement when newly appointed Grand Island High School Principal Sandra Anzalone issued a survey to parents to determine the most pressing needs in the school body. The answer was clear: "There is a drug problem in the school and nothing is being done about it," they said.

In response, a team of school personnel and other key community members were assembled to address the issue. Before long, that team grew to include law enforcement, parents, the Town Board, town justice, Grand Island Ministerium, health care providers, counselors, PTA, Youth Board, students, Kids Escaping Drugs, Horizons Health Services, and the Erie County Council for the Prevention of Alcohol and Substance Abuse.

Seeing its potential, the team expanded its initiatives to include the entire community. In recent years it became clear that One Island, One Team was uniquely positioned to address other related social issues such as domestic violence, bullying and graffiti.

One Island has succeeded thus far as a result of the concerned and talented members, working with no financial resources, which is a testament to the strength of the team. Having developed a strategic action plan, and with the hope of grant money on the horizon, One Island is only now poised to really become a team to be reckoned with.

These citizens, organizations and businesses will be recognized at the Citizen of the Year awards ceremony April 26, at the Holiday Inn Grand Island.