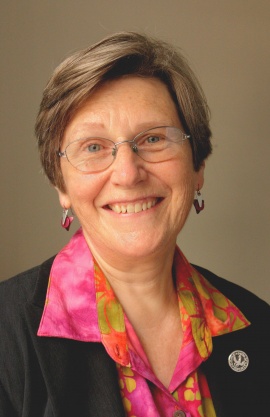 Niagara University announced today that Sister Simone Campbell, executive director of NETWORK, will deliver an address titled "Getting Engaged: Faith and the Political Process in America" at Niagara University's Castellani Art Museum on April 19 at 5:30 p.m. The event is free and open to the public.

Sister Campbell's speech is part of the Henry and Grace McNulty Lecture Series on Religion in the Modern World, presented annually at NU to address issues related to social justice and interreligious dialogue. The series was established by the late Rev. Thomas P. McGourty, C.M., a professor of religious studies at NU, in memory of his late aunt and uncle.

Sister Campbell has served as executive director of NETWORK, a Catholic group that lobbies for federal policies and legislation that promote economic and social justice, since 2004. She is a religious leader, attorney and poet with extensive experience in public policy and advocacy for systemic change. In Washington D.C., she lobbies on issues of peace building and economic justice. Around the country, she is a noted speaker and educator on these public policy issues.

Prior to coming to NETWORK, Sister Campbell was executive director of JERICHO, the California interfaith public policy organization that works like NETWORK to protect the interests of people who are poor.