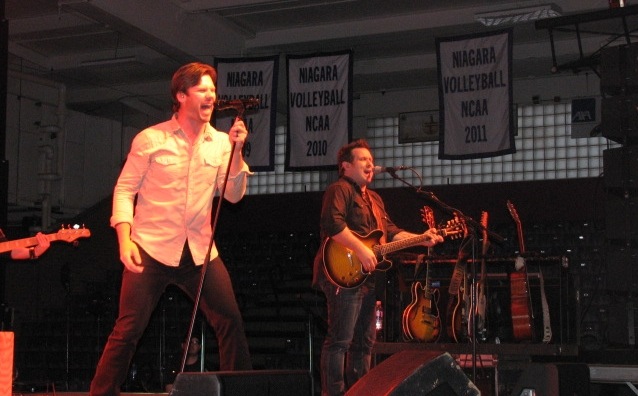 The Canadian band has given concerts to service members over the years, including those based in Okinawa, Japan. Its No. 1 single, "Moments," addresses how everybody has the ability to redeem themselves. The song has helped those returning from overseas not to forget the moments in their life when they were "second to none."

Lead singer Brad Mates explained that "Moments" is one of those songs that his bandmates will perform for the rest of their career. The band used the NU students as guinea pigs for a new single, "My Kind of Crazy," which is coming out in a few months.

Mates commented on the recent cut of the NU girl's hockey team, saying, "hockey should stay in the northern part of the continent." Members of the girl's hockey team were able to have a meet-and-great with the band after the concert.

Mates gave some personal advice to the students. "For those of you that are sleepwalkers like myself - its OK, it's OK."

Categories
On Stage On Stage feature