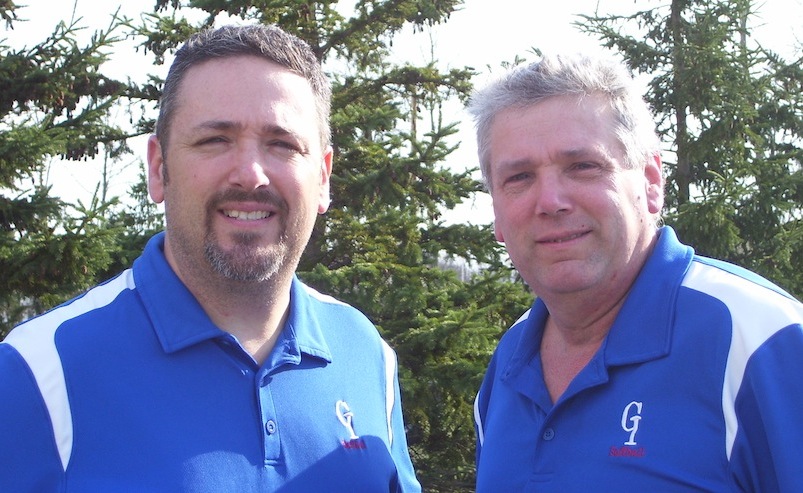 Athletics Persons of the Year

Brothers Gregg and Jeff Richard have been selected the Athletic Persons of the Year 2012 by the Grand Island Chamber of Commerce.

Gregg has been a Grand Island resident since 1967 and is a graduate of Grand Island High School. Gregg is the husband of Patty Richard and the father of three children, Lee, Christina and Kaylee Richard. Gregg has participated in Grand Island recreational men's and women's softball since 1972 as a coach and player. He joined the Grand Island Umpires Association in 1988 and continues to umpire today. Gregg has been involved in Little League since 2003 as a board member, commissioner of major and junior/senior softball and as a coach for girls softball. Gregg continues to act as an assistant coach in the girls softball travel league.

Jeff Richard was born and raised on Grand Island, where he grew up playing recreation baseball, travel baseball, and for the Grand Island Falcons Pee Wee Football. Jeff continued to play baseball in high school, along with bowling. Jeff has been the husband of Deana for 18 years, and they have two children together, Emma and Ben. Jeff is very passionate about sports, especially Grand Island Little League and girls softball. He has been a part of Grand Island Little League since 2004 as a coach, then moved to a board position, coached two All-Star tournament teams, and is currently the vice president of softball. The last two years, Jeff has coached the Grand Island Vipers travel team. Jeff has been involved with the Grand Island Umpires Association for the last 10 years.

Jeff and Gregg are teaching the game and having fun at the same time. They have watched many of the players grow and improve so much over the years and are looking forward to another great season.

Submitted by the Grand Island Chamber of Commerce.

2012 Citizen of the Year Awardees

•Service to the Youth: Young Life

•Athletic Persons of the Year: Jeff and Gregg Richard

These citizens, organizations and businesses will be recognized at the Citizen of the Year awards ceremony on Thursday, April 26, at the Holiday Inn Grand Island. They have been chosen because of their contributions of time, energy and service to the community which has made Grand Island a better place to live, work and play.

Tickets for the dinner are available at the Grand Island Chamber of Commerce office, 2257 Grand Island Blvd. Adult tickets are $45 and a child, 12 years or younger is $18.

A program booklet is being put together by the chamber for distribution the evening of the ceremony. Those interested in placing an ad or sending congratulations to this year's recipients may call 773-3651 by April 13 for more information.