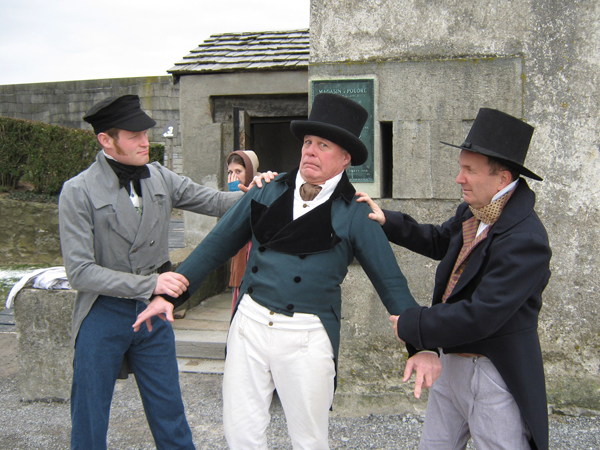 'Mysteries at the Museum' at Old Fort Niagara

This past week, a film crew from the television program "Mysteries at the Museum" (Travel Channel) spent the day at Old Fort Niagara filming a segment on "The William Morgan Affair."

"The William Morgan Affair" took place in September 1826 when Freemasons kidnapped Batavian William Morgan for writing a book that revealed the secrets of their organization. Hustling their captive off to Niagara County, the kidnappers locked Morgan in Fort Niagara's Powder Magazine. From there he disappeared, creating one of Western New York's enduring historical mysteries.

"Mysteries at the Museum" takes viewers on a captivating, revealing and at times shocking tour of America's past, revisiting its most crucial events by re-examining what has been left behind. The series casts its net wide, exploring the corners and backrooms of institutions dedicated to a variety of popular and entertaining subjects (think invisible spies, cold-blooded assassins, dinosaurs, the paranormal, the Old West, the Cold War and more). The series tackles some of history's most enduring mysteries -- both familiar tales and little-known incidents that have never been told before on television.

The episode about Fort Niagara is expected to air sometime this spring.