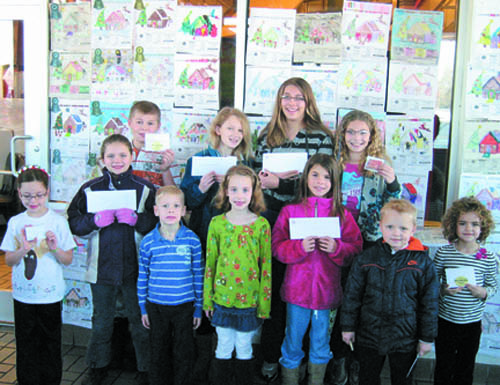 Congratulations to all of this year's winners in the annual Niagara Frontier Publications Christmas Coloring Contest. Prizes in three age groups were distributed on Dec. 10 at Tops Markets, where all entries will be displayed at the playland. This year, the Island Dispatch received 69 entries in the 4-6 age group, 51 in the 7-9 age group, and 34 in the 10-12 age group, 154 entries in all.