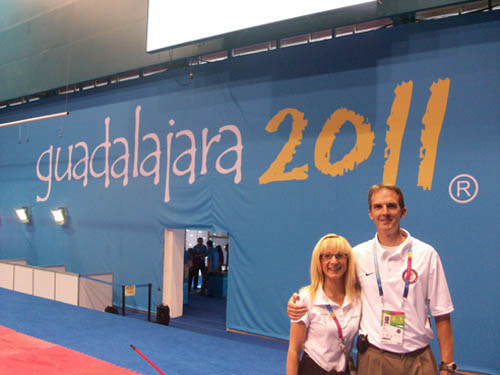 On Oct. 18, Guadalajara, Mexico hosted the Pan American Games - an event similar to, but smaller than, the Olympics. Lewiston resident Dr. Sherri Lashomb and former resident Bill Kellick met up with one another at this year's games. Lashomb was working on the medical staff for COPAG, the organizing committee for the Pan Am Games, while Kellick served as press officer for the U.S. delegation.

Kellick is the director of communications for USA Taekwondo, based in Colorado Springs, Colo. Lashomb frequently serves as a trainer for various USA Taekwondo national teams.

The Lewiston natives also crossed paths earlier in the month at the Junior Pan American Taekwondo championships in Las Vegas. Pictured is the pair at in Guadalajara.