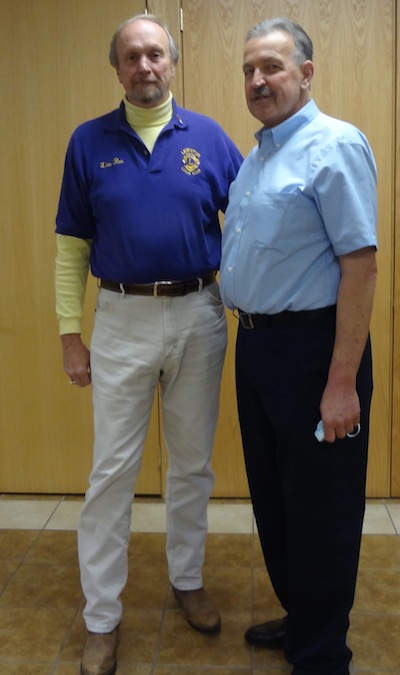 The Lewiston Lions donated to and attended a recent fundraiser for Mark Haseley, 62, who was diagnosed with a terminal lung disease in 2009.

Haseley's only recourse would be a double-lung transplant. His current weight at the time was approximately 320 pounds, which was deemed too heavy for a transplant. Haseley went on a strict diet to lose enough weight to find a physical match for a transplant.

In June of this year, his weight was down to 240 pounds, or about 14 pounds shy of being considered for a donor. He then continued to lose weight and, within four days, he was put on the list.

Haseley was advised the wait would be 12 to 18 months for the right match. But, with a little bit of luck and, as he stated "the Lord's help," he was called in three days. Haseley flew to the Cleveland Clinic and, well, the picture tells the rest.

Individuals who wish to donate to Haseley's cause may send checks to the Lewiston Community Lions, P.O. Box 249, Lewiston, NY 14092. Checks should be made payable to Mark Haseley.

In other Lion's news, the group hosted guest speaker Tom Lachivasa of Hospice, and then made a donation to his organization. Jon Bud Snell was inducted and welcomed as a great addition to the club. The Lewiston Community Lions received a Growth Award from Lions International.