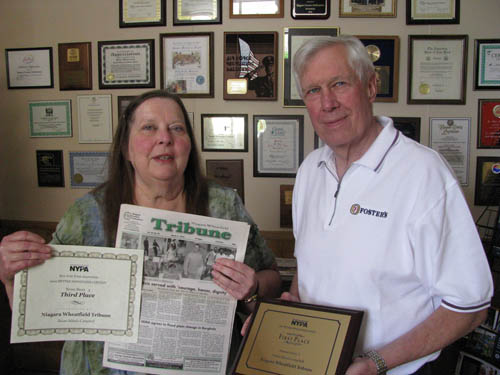 Campbell, shown with NFP Publisher Skip Mazenauer, won third place in the news story category for the March 11, 2010, story she wrote on the death of Wheatfield resident Alan Dikcis in Afghanistan.

The reviewer for the statewide contest said: "The reporter does a good job of telling me who this serviceman was. I cared about this gentleman's loss and his family's pain. Good sourcing."