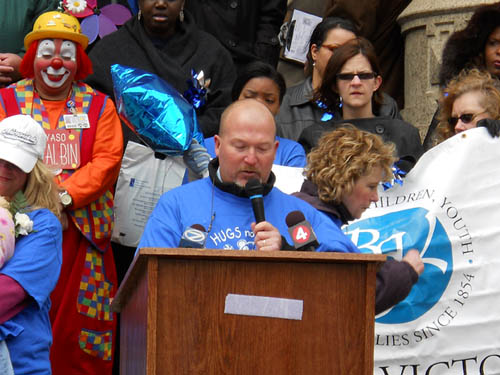 Niagara-Wheatfield Board of Education President Bill Conrad is shown speaking on the steps of Buffalo City Hall on Friday, April 29. His family was the "spokes-family" for the Citizen's Task Force on Child Abuse and Neglect. "Hugs not Hits" is the task force's theme. Conrad spoke on the importance of permanent homes for children who are victims of abuse and neglect. He used his family's story as the basis for his speech, noting his and his wife's experiences as foster and adoptive parents.