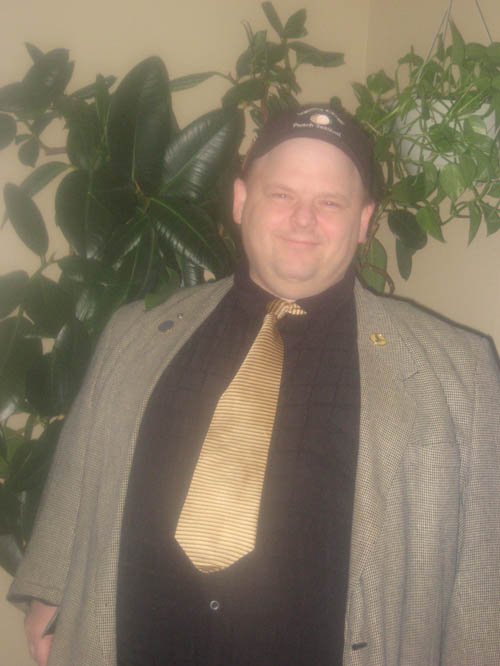 Prepared by The Niagara River Region Chamber of Commerce

The Niagara River Region Chamber of Commerce will honor nine businesses and individuals at its annual Chamber Awards Gala, Saturday, June 4, beginning at 5:30 p.m. at the Niagara Falls Country Club in Lewiston.  The evening is one of the organization's highlights of the year, and held to celebrate the business community and those citizens who help contribute to the success of the region.

Richard Hermanson: 2011 Village of Lewiston Citizen of the Year honoree

Richard Hermanson was chosen by Mayor Terry Collesano as the 2011 Village of Lewiston Citizen of the Year. His active participation in the community and support for others through the Self Advocacy Program at Rivershore Inc. contributed to why he was chosen as the honoree.

Hermanson is the driving force behind the Road Runner Self Advocacy Group, supported by Rivershore Inc. His work is focused on increasing the opportunities for people with disabilities through actions such as voting, fundraising, educating the public about disabilities and community integration. This work assists in self-advocates having the ability to learn how to speak out and work to improve their lives and change the service system for the better. Hermanson was the recipient of the Self Advocacy Association of New York State Advisor of the Year, awarded in October of 2010.

Another leadership position that has kept him busy is serving as the Niagara County Aktion Club advisor. The Aktion Club is a Kiwanis-sponsored service leadership program, oriented for adults who live with disabilities and designed for their needs and interests to give them an opportunity to contribute to their community. Hermanson's involvement in the Aktion Club has been a perfect match, as he is also a proud member of the Kiwanis Club of Lewiston.

Some of the other organizations Hermanson has been active in include the New Covenant Tabernacle, WNY Service Office Partnership Committee, Service Organizations of Lewiston, NYS Partners in Policymaking and also the Advisory Council for First Responders, a program that trains first responders on how to treat persons with disabilities.

Hermanson enjoys listening to all different types of music. He is often found at the weekly "Tuesday in the Park" concert series at Artpark during the summer months. He also enjoys cooking for himself and others with a specialty dish of his famous lasagna. Hermanson is honored to receive this award and has insisted that he is not one for the spotlight but instead wanted the focus to be on the work that is generated through the Self Advocacy platform.

The annual Chamber Awards Gala is open to the public. Tickets and additional information are available by contacting the chamber office at 754-9500, ext. 10.