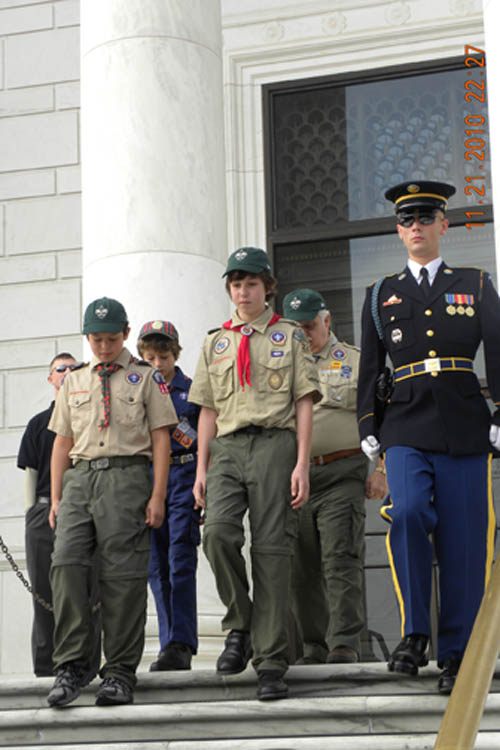 While there, they visited Arlington Cemetery and were given the honor of taking part in a wreath laying ceremony at the Tomb of the Unknown Soldier. As they stood at attention and presented a Scout salute, a bugler of the famous Pershing's Own 3rd Regiment played Taps.

The boys said, "We were a little nervous" and "This was really big deal and very cool!" according to grandfather and assistant Scoutmaster A.J. Leonetti of Wheatfield.