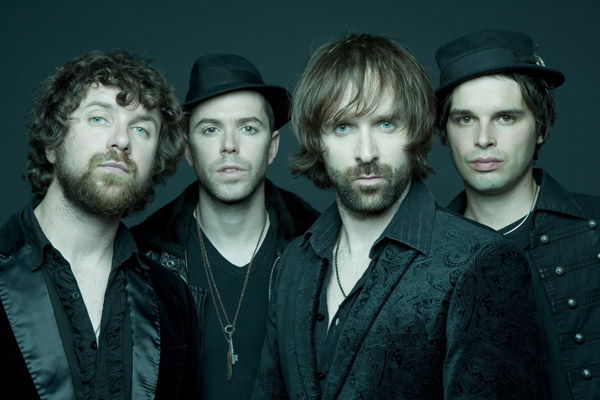 The Trews 'Sing Their Hearts Out'

The Trews are headlining the finale of Artpark's new "Coors Light Wednesdays" concert series on Aug. 25. A Canadian rock band from Nova Scotia, The Trews, pictured, have been nominated for four Juno Awards. Brothers Colin and John McDonald formed a rock band in 1995 and slowly the other band members joined forces to form The Trews.

With the release of their first full-length album "House of Ill Fame" in 2003, The Trews churned out hit after hit with singles such as "Every Inambition," "Not Ready to Go" and "Tired of Waiting." "Not Ready to Go" was their first No. 1 hit on Canadian radio and was the most played rock song in the country in 2004.  The band's latest disc, "Acoustic -- Friends & Total Strangers," is an acoustic session recorded over two nights at Toronto's Glenn Gould Studio in January 2009. The first single from the CD, "Sing Your Heart Out," was written specifically for those performances.

The Trews have released four albums in seven years (two of them gold), producing 10 Top 10 singles -- including two No. 1s -- and have shared the stage with the Rolling Stones, Robert Plant, Guns N' Roses, Nickelback and KISS. In addition to their Juno nominations, The Trews were nominated for Best New Band by SPIN Magazine and Best New Band by Classic Rock Magazine in the UK.

Aqueous will open the show.

Artpark's Outdoor Amphitheater opens to the public at 4 p.m. on event nights, and can be accessed via the upper park's Portage Road entrance off of Center Street or through South Fourth Street nearest the Mainstage Theater. Carry-ins (food and beverages) are prohibited at all of Artpark's free concert events while on-site parking is available for $10.